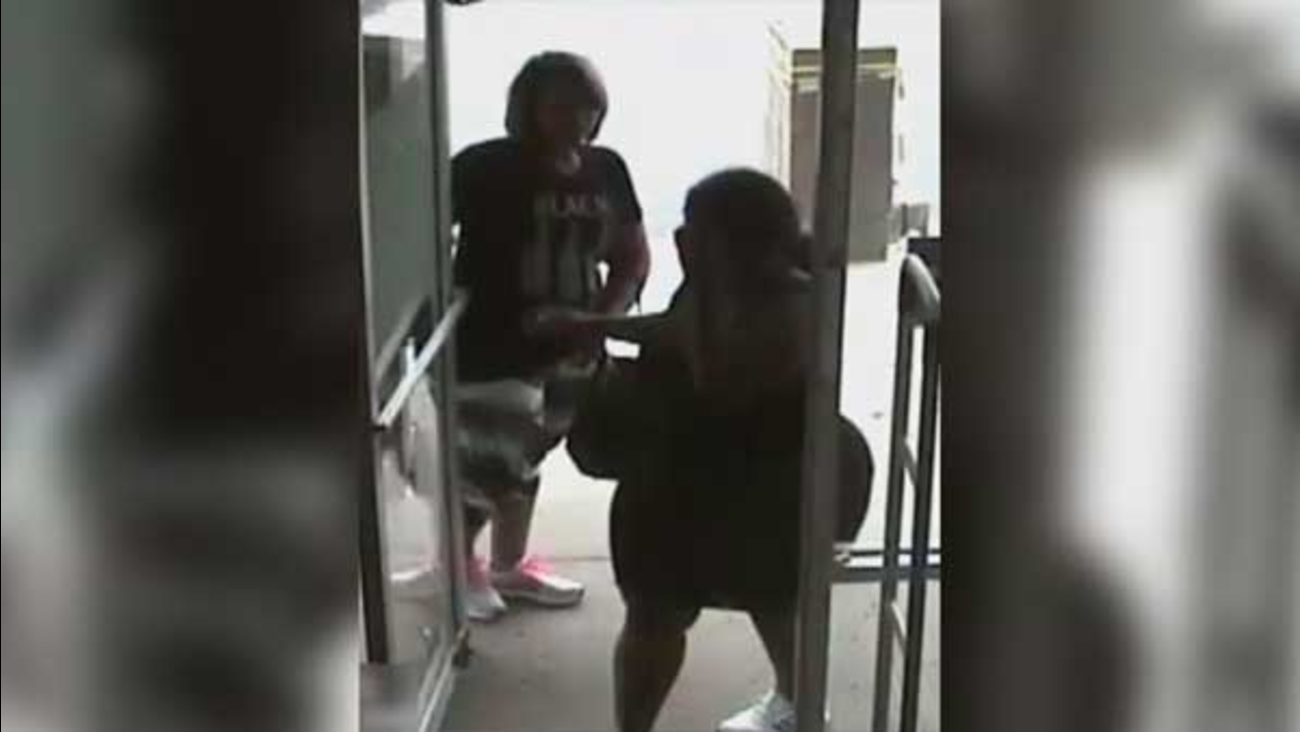 SOUTH PHILADELPHIA -- Philadelphia police are looking for two women who sprayed an beauty store employee with pepper spray during a robbery in the city's Pennsport section.

The incident happened at 11:45 a m. Tuesday morning inside Cosmo Professional Beauty Supply located on the 1100 block of South Columbus Boulevard.

Police say the two women grabbed several flat irons and hair curlers from the shelves and tried to walk out of the store without paying.

When a 66-year-old female employee tried to stop the suspects from leaving, one of them sprayed her with pepper spray.

Both suspects fled the scene in a white late model Ford SUV heading west on Washington Avenue towards Front Street.

The store employee was not injured.

The first suspect is described as a black female, 25 to 30 years-old, 5'2" tall and 200 lbs. Police say she walks with a limp and was wearing black Capri pants, a black & white flower shirt and armed with pepper spray.

The second suspect is described as a black female, 25 to 30 years-old, 5'5" tall and 230 lbs. She was wearing black Capri pants, and a black shirt.