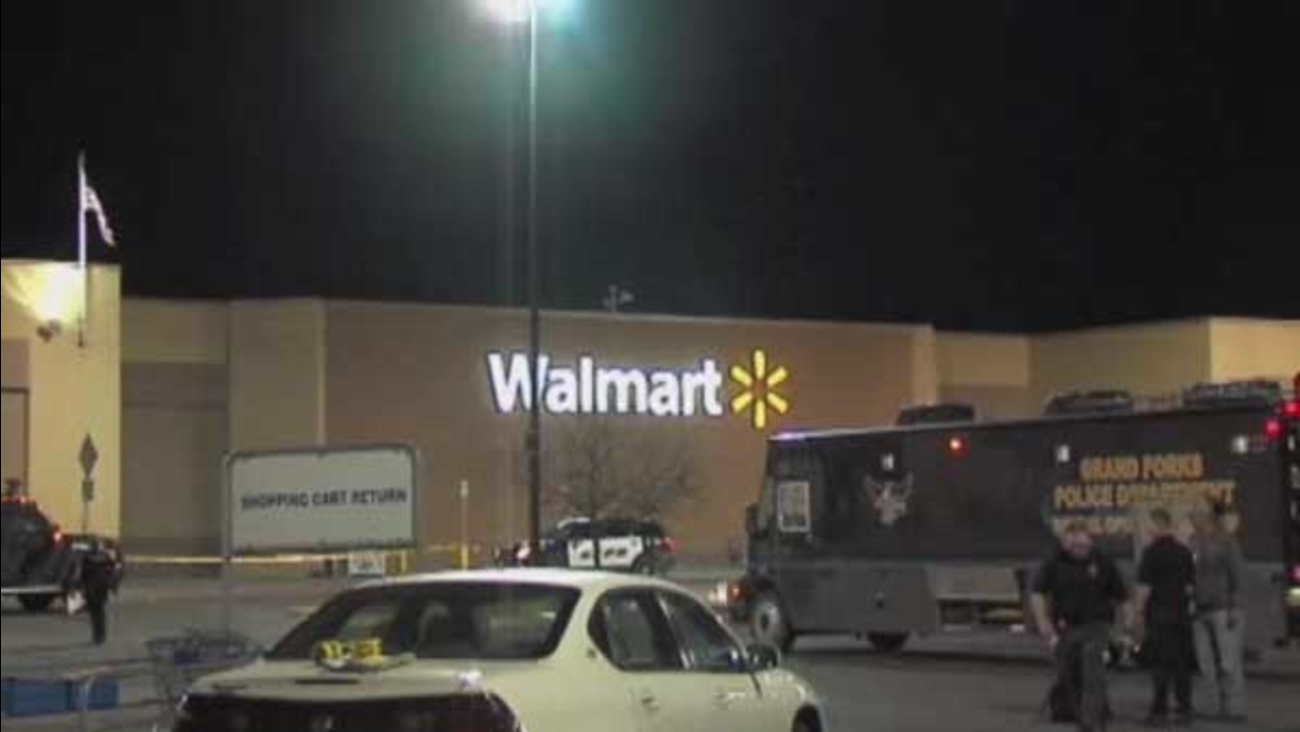 WPVI
AP
By JAMES MacPHERSON and BLAKE NICHOLSON
A U.S. airman "with no apparent motive" walked into a Wal-Mart Supercenter in North Dakota early Tuesday and opened fire with a handgun, killing one worker and injuring a second before turning the gun on himself, police said.

Grand Forks police said the shooting a few minutes after 1 a.m. may have been random, with no link yet found between Marcell Willis, 21, and either the store or the employees. Willis was stationed at Grand Forks Air Force Base, about a dozen miles west of the city.

"We've not been able to find any linkage to him and any of the victims," police Lt. Derik Zimmel said at an afternoon news conference. "There's no apparent motive that jumps out at this time."

Authorities didn't immediately identify the two workers who were shot or a third worker they say Willis shot at but missed. The injured person was taken to Altru Hospital in Grand Forks with a gunshot wound that was not believed to be life-threatening, Zimmel said. An Altru spokeswoman said the person was in satisfactory condition Tuesday afternoon.

Willis was given medical treatment at the scene and taken to Altru, where he was pronounced dead, Zimmel said.

Willis was the only person with a gun and no police officers fired a weapon, according to Zimmel. A handgun was recovered near Willis' body, Zimmel said.

Zimmel said police believe the airman fired only three shots before shooting himself. Police did not identify the type of handgun or its caliber.

Andy Legg, who was in the store at the time of the shooting, told WDAZ-TV he heard "popping sounds" shortly before authorities herded him and other customers to a safe section of the store.

"I saw people running. At that time, we heard people screaming, one yelling for help," he said.

When police later escorted them from the building, they passed a Wal-Mart employee lying on the ground, covered in blood.

"It's just something you don't see every day and really don't want to see," Legg said. "I had goose bumps for probably two hours after that."

Amy Mehs, Willis' girlfriend who lives in Hatton, North Dakota, about 35 miles southwest of Grand Forks, was in tears when contacted by The Associated Press Tuesday afternoon.

"I really can't say anything right now because it's still under investigation," she said. "You guys will find out everything eventually."

Sean Willis of Nashville, Tennessee, said only that his son had been in the military for about three years and was originally from Springfield, Tennessee.

Sgt. David Dobrydney, a base spokesman, said he couldn't yet release any information about Willis due to Air Force regulations.

The Wal-Mart is one of two in the northeastern North Dakota city of about 55,000 people. The store is open 24 hours, though it was closed Tuesday while authorities investigated the shooting. The company said it did not know when the store would reopen.

Wal-Mart spokesman Brian Nick said in a statement that there were about 30 employees and 20 customers in the store at the time of the shooting.

"There weren't a lot due to the early morning hour," Nick said.

The company said it was "deeply saddened" by the attack.

About 1,500 airmen are assigned to the Grand Forks Air Force Base, the military said. The base was home to air refueling tankers for 50 years until a round of military base closings and realignments took that away. The last tankers left in 2011 and the base has taken on an unmanned aircraft mission.
Related topics:
militaryshootingu.s. & worldwalmart
Copyright © 2020 by The Associated Press. All Rights Reserved.
More Videos
From CNN Newsource affiliates
TOP STORIES