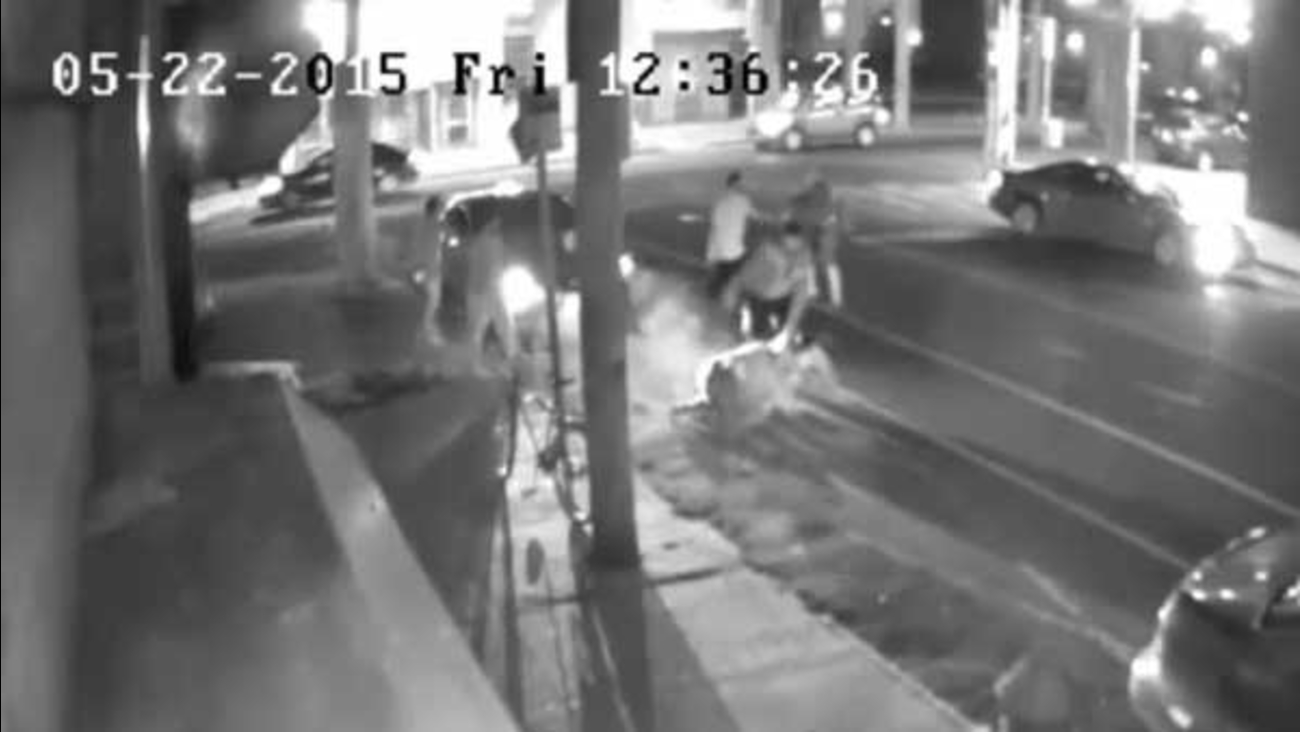 Philadelphia police are searching for a group of men who attacked two men in the city's Kensington section.

KENSINGTON (WPVI) -- Philadelphia police are searching for a group of men wanted in connection with a violent attack and stabbing which sent two men to the hospital.

It happened just after midnight on May 23 in the city's Kensington section.

Surveillance video shows the group of men in a verbal altercation on the 1900 block of North Front Street.

As one of the 33-year-old male victims walks over, he's punched and knocked to the ground.


The man tries to stand back up but is kicked in the face and knocked unconscious.

The fight spills into the street where the group then attacked a second 33-year-old man, stabbing him twice in the back.

The first victim was taken to Hahnemann University Hospital where he was treated for face and neck woulds and a concussion.

The second victim was taken to Temple Hospital in stable condition with two stab wounds to the back.