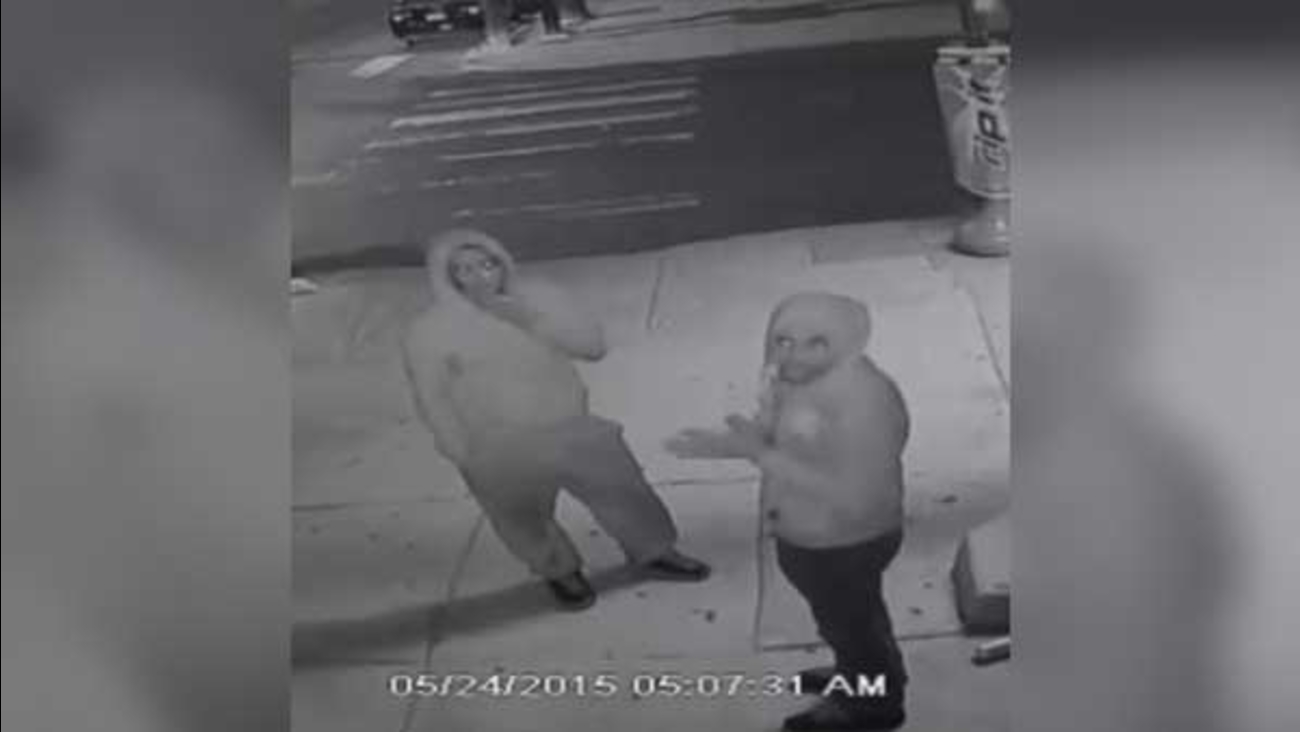 Police are looking for two armed suspects who attacked and robbed a man in the Parkside neighborhood of West Philadelphia.

WEST PHILADELPHIA (WPVI) -- Police are looking for two armed suspects who attacked and robbed a man in the Parkside neighborhood of West Philadelphia.

Police say the 24-year-old male victim walked off the 15 Trolley at 42nd Street and Girard Avenue when he noticed two unknown men standing at the trolley stop.

After crossing the street, the pair then approached him and forced him into an open lot on the 1100 block of North 42nd Street.


One suspect began striking the man on the head with a handgun while the second suspect robbed the man, stealing $50 cash and other items.

The robbers then fled east through the open lot towards the 4100 block of Cambridge Street.

The victim was transported to Penn Presbyterian Hospital and treated for injuries to his head, face and hands.

Police describe the first suspect as a black male, 20-years-old, 5'10" tall with a medium complexion and thin build. He was wearing a bluish/gray hooded sweatshirt, blue jeans, and gray sneakers with neon colors, and armed with a handgun.

The second suspect is described as a black male, 20-years-old, 5'8" tall with a medium build and dark complexion. He was wearing a black hooded sweatshirt, black jeans, and black shoes.