Oscar Pistorius to be released from prison on Aug 21 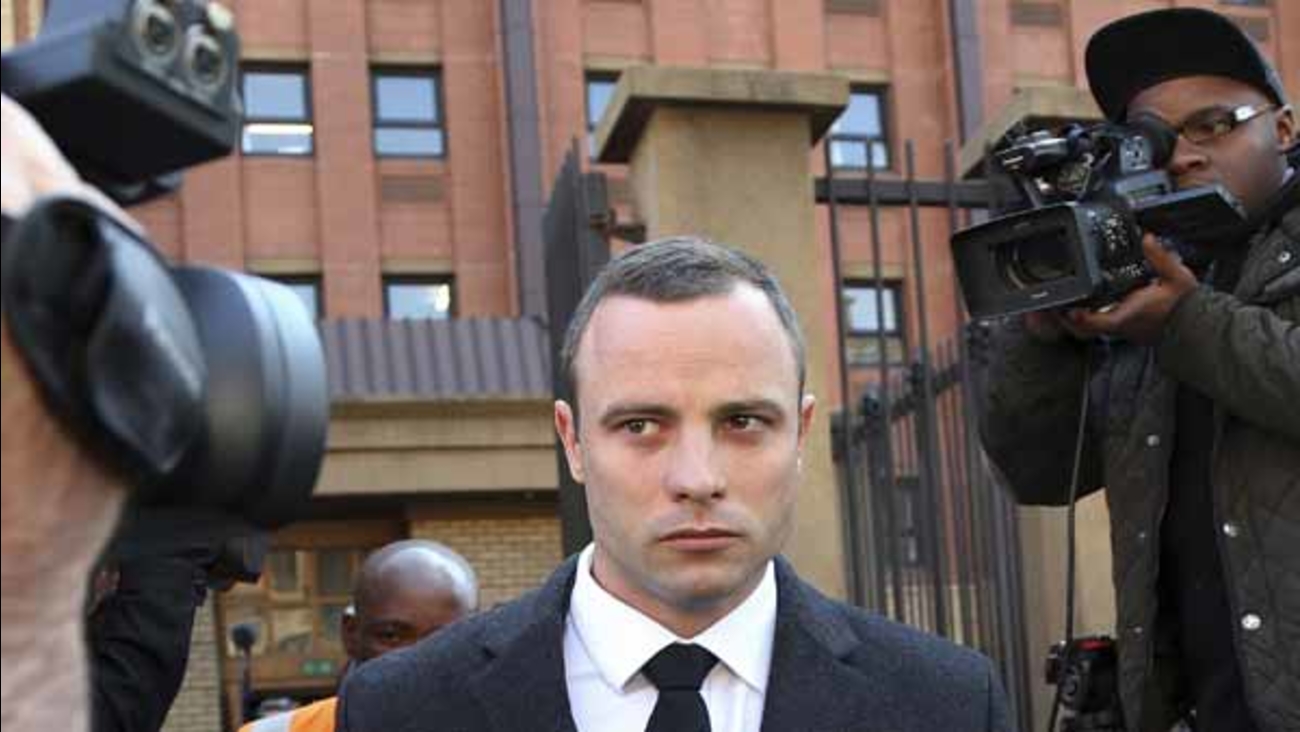 "He's behaving himself very well," Acting National Commissioner of Correctional Services Zach Modise told The Associated Press. "He hasn't given us any problems."

Yet three months after he leaves Kgosi Mampuru II prison in Pretoria, likely for the comfort of his uncle's mansion, the double-amputee Olympic athlete will again face the possibility of a murder conviction and could be sent back to jail - this time for a minimum of 15 years.

Pistorius was acquitted of murder and found guilty of the lesser charge of culpable homicide, or manslaughter, last year for shooting Steenkamp through a toilet door in his home. Prosecutors will again seek a murder conviction at the Supreme Court of Appeal in November, the court announced, also on Monday.

Pistorius' impending release after serving one-sixth of his five-year jail term for manslaughter is in line with South African law. But it was sharply criticized by family members of Steenkamp, the 29-year-old model and reality TV star shot multiple times by Pistorius in the pre-dawn hours of Feb. 14, 2013.

"Incarceration of 10 months for taking a life is simply not enough," Steenkamp's family said in a written statement to the parole board that met Friday and approved Pistorius' release under correctional supervision, or house arrest.

Steenkamp's family members were invited to attend Pistorius' parole hearing but did not. Instead, they sent the written submission, Steenkamp family lawyer Tania Koen said.

"We have forgiven Mr. Pistorius even though he took the life of our precious daughter, Reeva," the family wrote in its submission. "We do not seek to avenge her death and we do not want Mr. Pistorius to suffer; that will not bring her back to us. However a person found guilty of a crime must be held accountable for their actions."

Modise, the Correctional Services head, noted that Pistorius could still be denied release if his good behavior does not continue in jail. If he is released on Aug. 21, it would be exactly 10 months since he was sentenced following a dramatic seven-month trial last year. The world-famous athlete will have served the minimum amount of jail time his sentence required.

Pistorius will still be given "strict conditions" while under house arrest, Correctional Services head Modise said. But Pistorius, the first amputee to run at the Olympics, could be allowed to begin track training again, Modise said. The exact conditions of Pistorius' house arrest wouldn't be made public, the department said.

Even if the 28-year-old Pistorius is partially free, there is another sizable legal battle ahead for him.

Judge Thokozile Masipa had already granted prosecutors permission to go to the Supreme Court of Appeal, the second-highest court in South Africa, to appeal her decision to acquit Pistorius of murder at trial.

Some of the details of the appeal have been ironed out, Myburgh said: Prosecutors must submit papers outlining their appeal argument by Aug. 17. Pistorius' defense must submit its response by Sept. 17.

A panel of either three or five judges at the Supreme Court of Appeal has the power to overturn Masipa's trial decision and convict Pistorius of murder. The panel would need a simple majority of 2-1 or 3-2 to do that.

It could also order another trial, although legal expert Marius du Toit said that was unlikely. He felt the court would want to deal with the case once and for all.

"This thing was too big a circus," du Toit said.