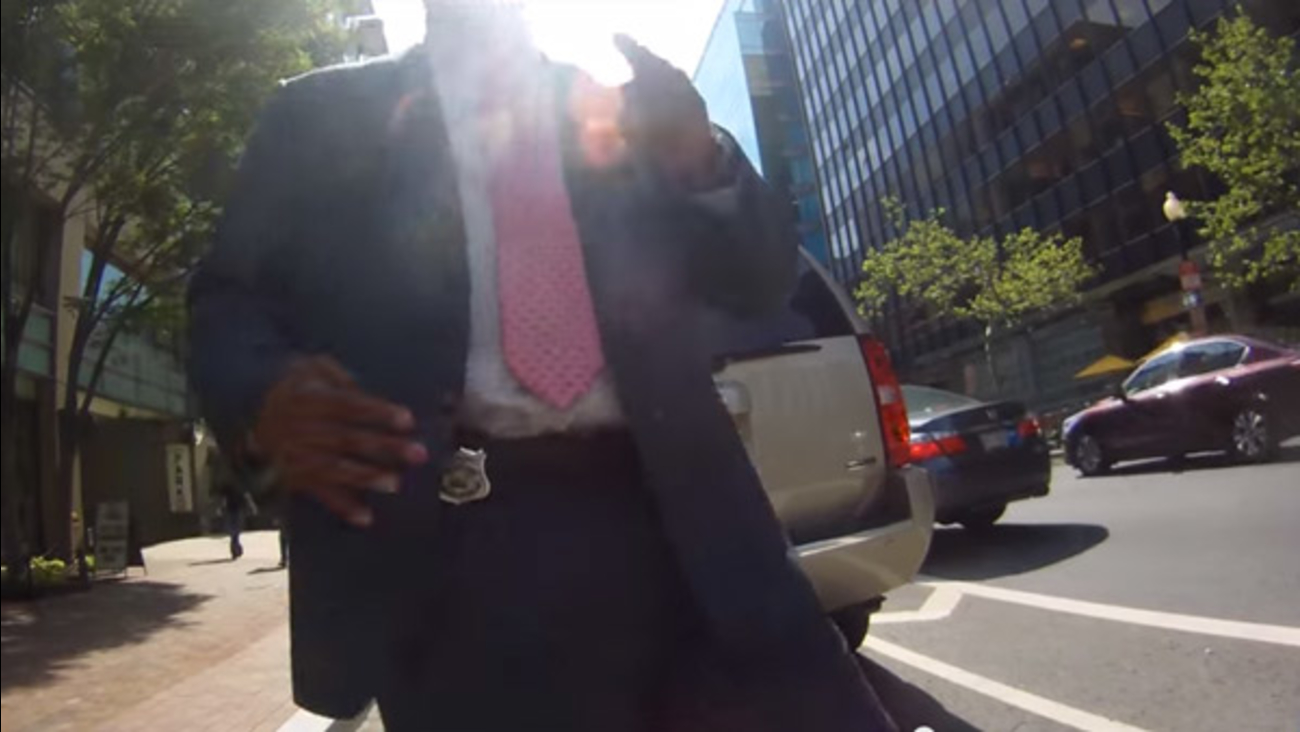 WASHINGTON (WPVI) -- Delaware State Police are investigating after a video posted online showed a trooper with an SUV parked in a Washington bike lane, telling a cyclist to move on.

The video shot from a cyclist's perspective in the bike lane was posted Tuesday on YouTube by user DCMuppetDrivers.

It shows the trooper, who was assigned to protect Governor Jack Markell, pointing to his waist where his gun and badge are visible as he approaches, saying "Don't play with me, OK?" He then tells the cyclist to move on.

Police say Markell, an avid cyclist, was attending an event in northwest Washington on Tuesday.

As an avid cyclist and governor of the third most Bicycle Friendly State in America, the Governor knows keeping bike lanes clear is critical to the safety of everyone on the road. He understands the concerns being expressed regarding yesterday's incident in D.C., in which a State Trooper assigned to protect the Governor idled his vehicle in a bike lane while waiting for him to exit an event. Law enforcement officers must sometimes block lanes of traffic in order to do their job effectively and the Delaware State Police will be looking at how the officer handled this situation. The Governor appreciates all that our law enforcement officers do and trusts the Delaware State Police will handle their response to the incident appropriately.


Police spokesman Sgt. Richard Bratz said in a statement Wednesday that the agency is aware of the video of a division member and an internal investigation will determine if there was any policy violation.