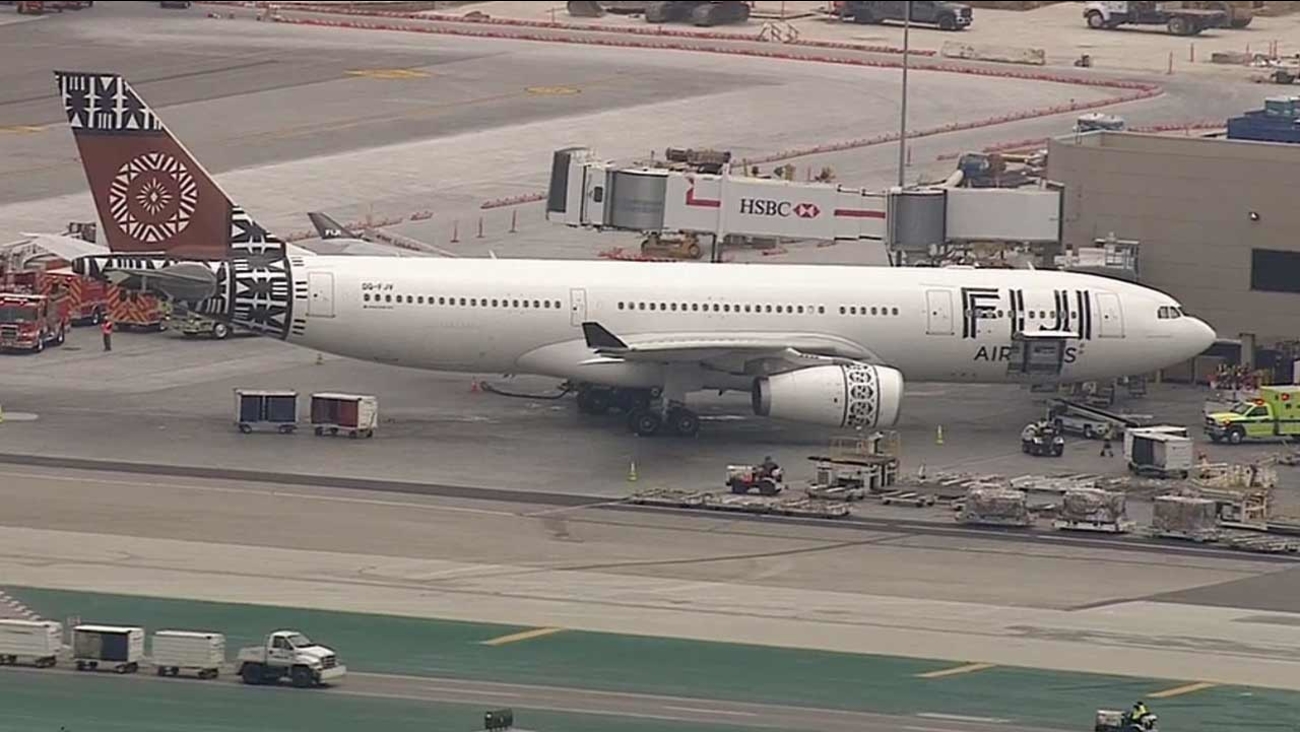 LOS ANGELES (WPVI) -- Twelve passengers, who reportedly stayed in the same hotel during their travels, fell ill with symptoms consistent with norovirus on a Fiji Airways flight from Nadi to Los Angeles on Monday afternoon, officials said.

The flight landed at 1:45 p.m., and the flight crew then reported there were multiple passengers experiencing stomach problems aboard the flight.

CDC officials examined the 12 passengers, who were experiencing the same symptoms of diarrhea and vomiting, and then released them to continue with their travel. One of the 12 passengers opted to be transported to a California hospital for further treatment.

According to the CDC, the passengers showed signs and symptoms consistent with a viral gastrointestinal illness, most likely norovirus.

During the procedure, all 261 passengers and 11 crew members remained onboard the aircraft, which was docked at Tom Bradley International Terminal Gate 123A at LAX, until they were cleared by medical personnel. The last passenger deplaned at 2:12 p.m.