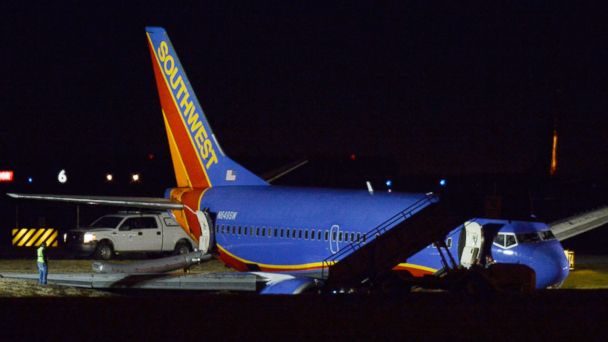 At least eight people were hospitalized after a Southwest Airlines plane "exited the taxiway shortly after arriving into Nashville, as the plane was approaching the gate," according to a statement by the air carrier.

The eight people transported to the hospital all suffered minor injuries, according to TriStar Summit Medical Center.

The Federal Aviation Administration is investigating the incident and said in a statement, "Southwest Airlines 31, a Boeing 737 aircraft, rolled off a taxiway into the grass and got stuck while taxiing to its gate at Nashville International Airport at 5:30pm Central Time. Passengers left the aircraft via stairs and were bussed to the terminal."