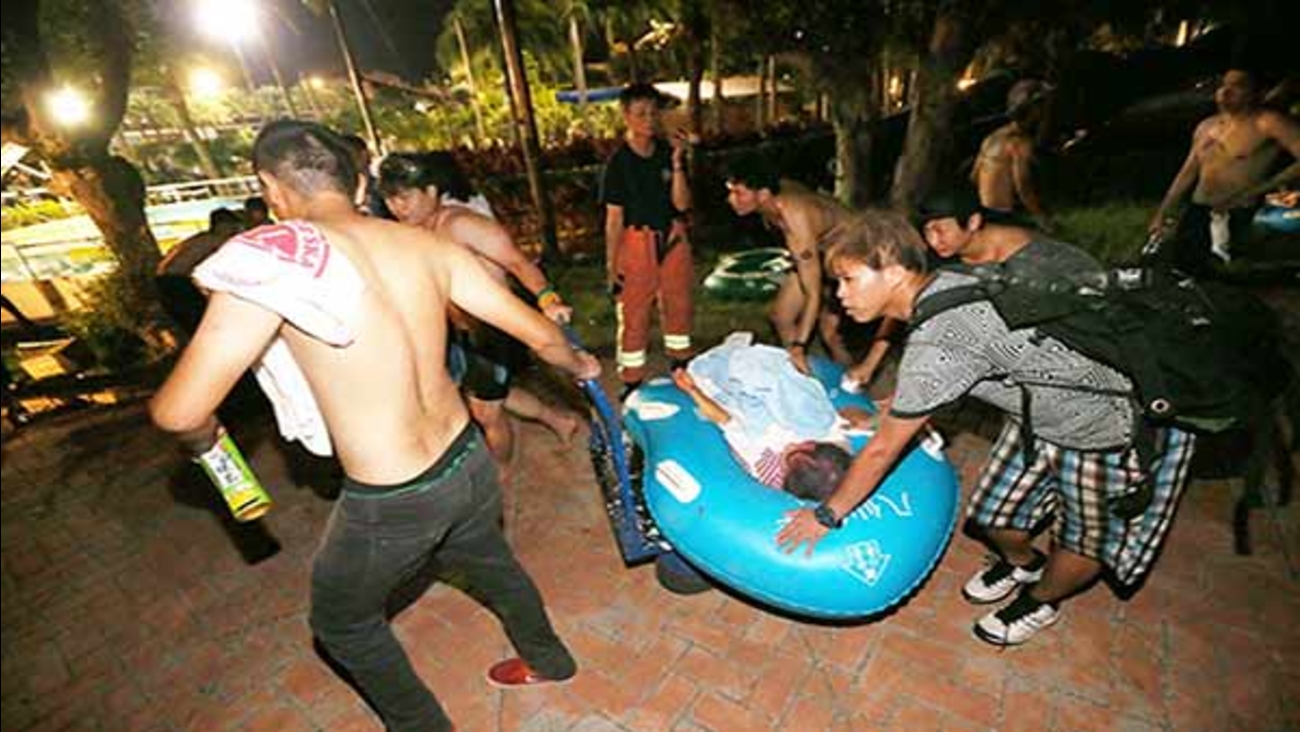 Concert spectators tend to injured victims after an accidental explosion during a music concert at the Formosa Water Park in New Taipei City, Taiwan, Saturday, June 27, 2015.

TAIPEI, Taiwan -- A fire on a music stage spread into a crowd of spectators at a party Saturday night at a Taiwan water park, injuring nearly 500 people, including 141 in serious condition, authorities said.

The fire was sparked by an accidental explosion of an unknown powder near the stage in front of about 1,000 people, said Wang Wei-sheng, a liaison with the New Taipei City fire department command center.

The fire erupted at the Formosa Water Park in New Taipei City near the island's capital and was quickly brought under control.

Video showed rescue workers and bystanders carrying burned and injured people on their backs, in inflatable boats and on stretchers to get medical treatment.

CNA reported witnesses as saying the fire spread quickly after the colored powder was blown into the air.

It wasn't clear if the colored powder was part of a performance. The cause of the fire is being investigated.