WATCH: 'Philadelphia From Above' video shows city in unique way Photographer Cory J Popp captured the grandeur of the city in his video 'Philadelphia From Above.' (Cory J Popp)

PHILADELPHIA (WPVI) -- Back in March, 6abc.com featured a Temple University graduate's video of a frozen Philadelphia. Now, photographer Cory J Popp is reaching new heights with his latest offering - "Philadelphia From Above."

The video shows the city from views high above the ground that one could only see from inside a tall skyscraper or, if it was possible, flying alongside a drone. 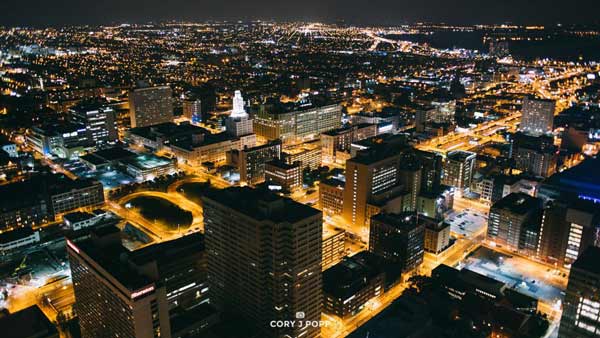 "This project came about because I had an idea to shoot Philly from its skyscrapers, a perspective very few people have ever seen before, and one that's incredibly rare and difficult to get access to," Popp told 6abc.com Thursday.

Popp says the film, shot in 4K, was captured over four weeks with 204 video clips.

"The purpose of 'Philadelphia From Above' is to give you an incredible view of the city from never before seen perspectives. I wanted to capture as much detail as possible to give my audience the full experience of being up on that rooftop with me. Filming in 4K was important because it is four times the resolution of normal HD footage, which means that I was able to capture as much detail as possible," Popp said.

The 25-year-old filmmaker said while he hasn't 'adopted a drone' into his own filmmaking toolkit just yet, he was able to shoot from his friend's drones.

"There were three drone shots used in this video, all giving a brand new perspective to City Hall and Center City," Popp said.

Watch for yourself and see Philadelphia like you never have before:

What's next for the Temple grad? He's off to Alaska to film the beauty of our national parks and he plans on creating another 'Philadelphia From Above' next year.

In fact, he has approached Brandywine Realty Trust, which owned the buildings in this year's film, about shooting in more of their properties.

"I actually shot this photo last night, which will probably make it into next year's story," Popp said. 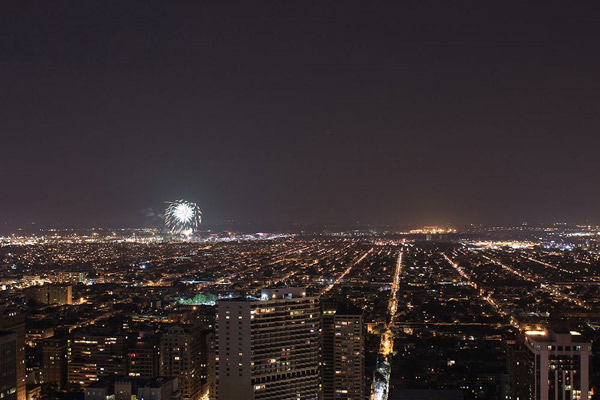 To learn more about Cory J Popp, visit his website.