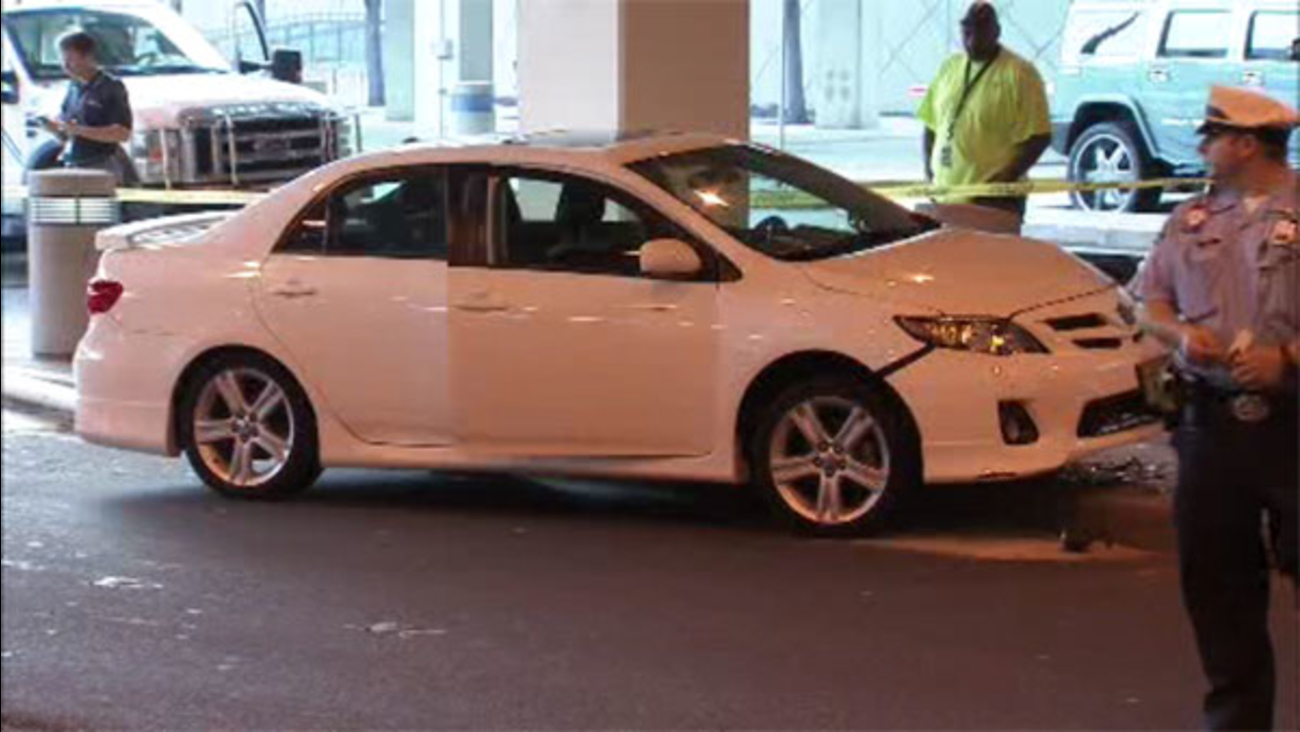 It happened around 4:30 p.m. Friday near the arrivals portion of terminal C.

Police say the driver of the striking car attempted to avoid a car that stopped abruptly.

But that's when the driver lost control, jumped a curb and struck two women who were on a sidewalk.

One of the women got pinned against a pole and suffered a broken leg.

The other woman suffered minor injuries.

Both were taken to Penn-Presbyterian Hospital for treatment.

The driver of the striking vehicle did stop at the scene.