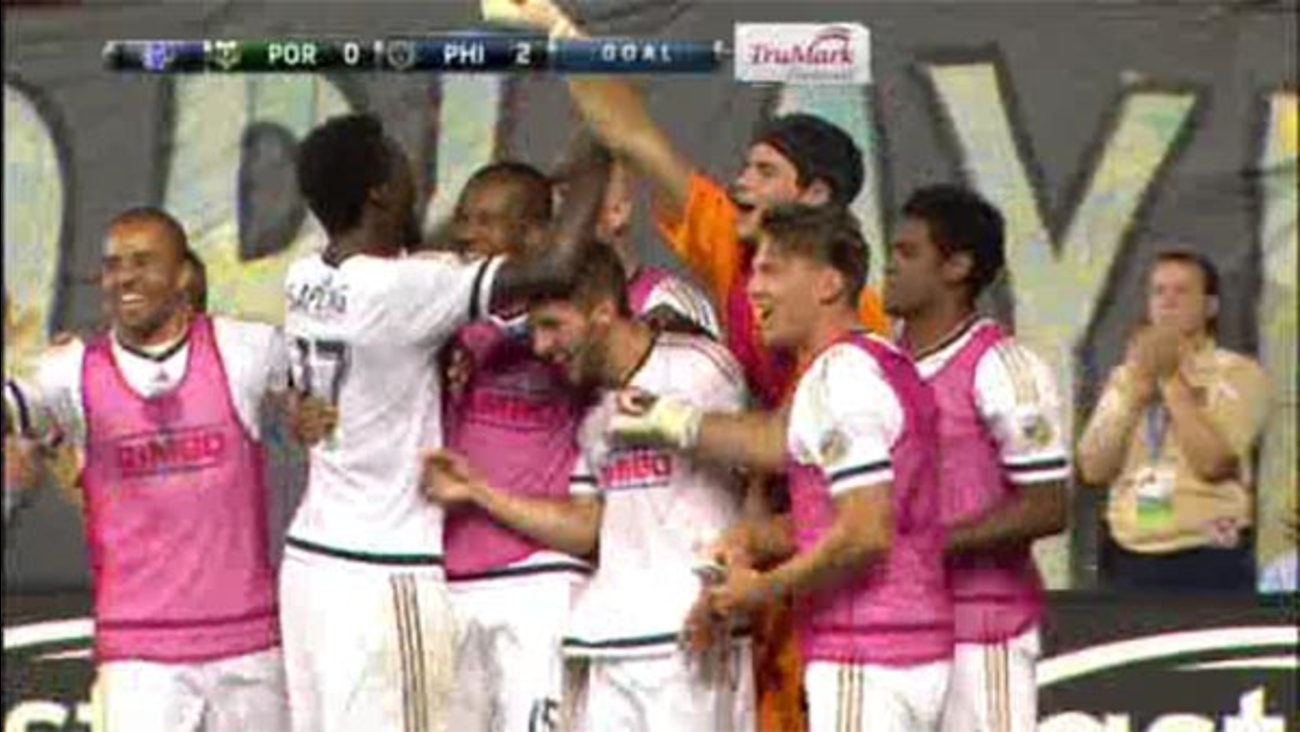 Andrew Wenger also scored for Philadelphia (6-10-4), and Cristian Maidana assisted on all three goals, giving him nine on the season.

Wenger got his first goal of the season in the season in the 69th minute. Wenger, a Philadelphia native, ran the ball in on a slant from nearly midfield and launched a bending, waist-high shot that curled around a defender and beat diving goalie Andrew Weber.

Nogueira scored on a right-footed smash two minutes later, and then capped the scoring in the 80th minute.