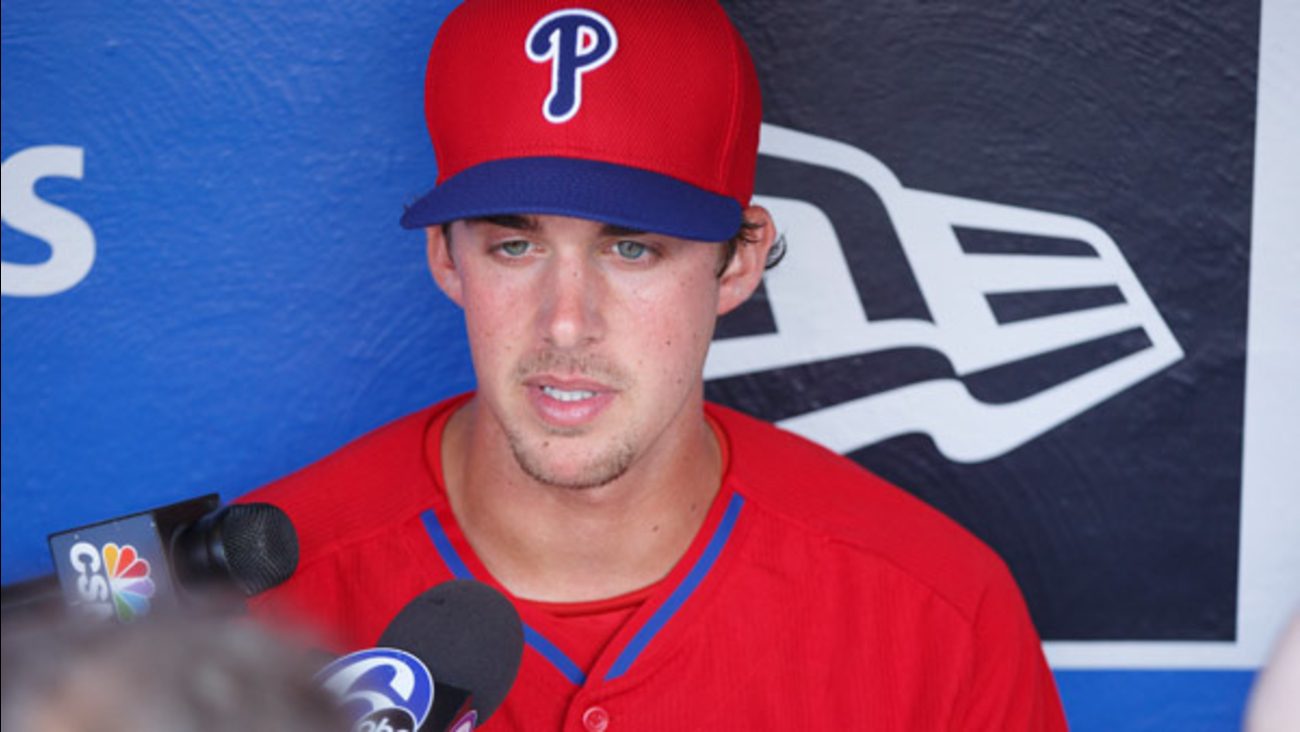 Philadelphia Phillies starting pitcher Aaron Nola takes questions from the media prior to the first inning of a baseball game against the Tampa Bay Rays, Monday, July 20, 2015. (AP Photo/Chris Szagola)

"I just want to be the best I can be. I want to go out there and give it everything I have every time I step in between the lines to try to keep the team in the game and give them the best chance to win," Nola said.

He will become the first Phillies player since Pat Combs in 1989 to debut in the majors the year after getting drafted.

"The Phillies have great players on this team. Some veterans that have played a lot of baseball and really succeeded. I feel like the team's getting better as the days go on and I'm just glad I'm here," Nola said.

Nola was a combined 10-4 with a 2.39 ERA in 18 starts between Double-A Reading and Triple-A Lehigh Valley.