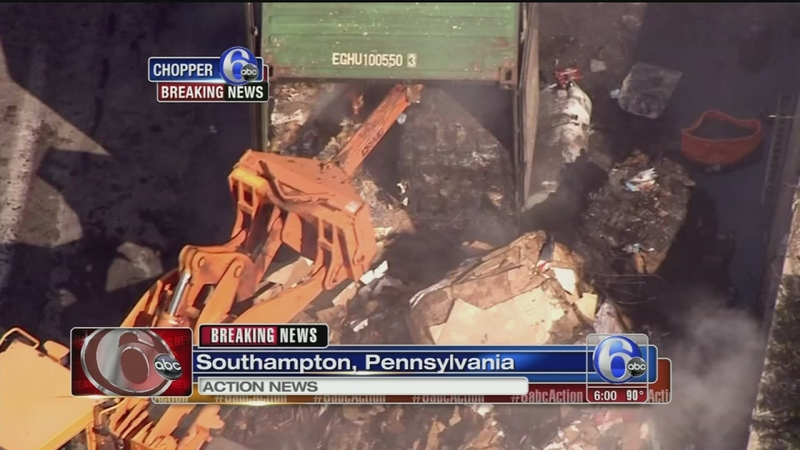 SOUTHAMPTON, Pa. (WPVI) -- Traffic is moving again along the Pennsylvania Turnpike after a car and tractor trailer collided, closing the eastbound lanes of the highway in Southampton for several hours.

The crash happened in the eastbound lanes around 11:40 a.m. between the Willow Grove and Route 1 (Bensalem/Philadelphia) interchanges.

The view from Chopper 6 showed smoke rising from the truck's trailer shortly after the crash.

Action News has learned that the trailer was packed with cardboard. The view from Chopper 6, more than four hours after the crash, showed rescuers pulling the cardboard out of the trailer and dousing it.

After more than eight hours, eastbound traffic was reopened.