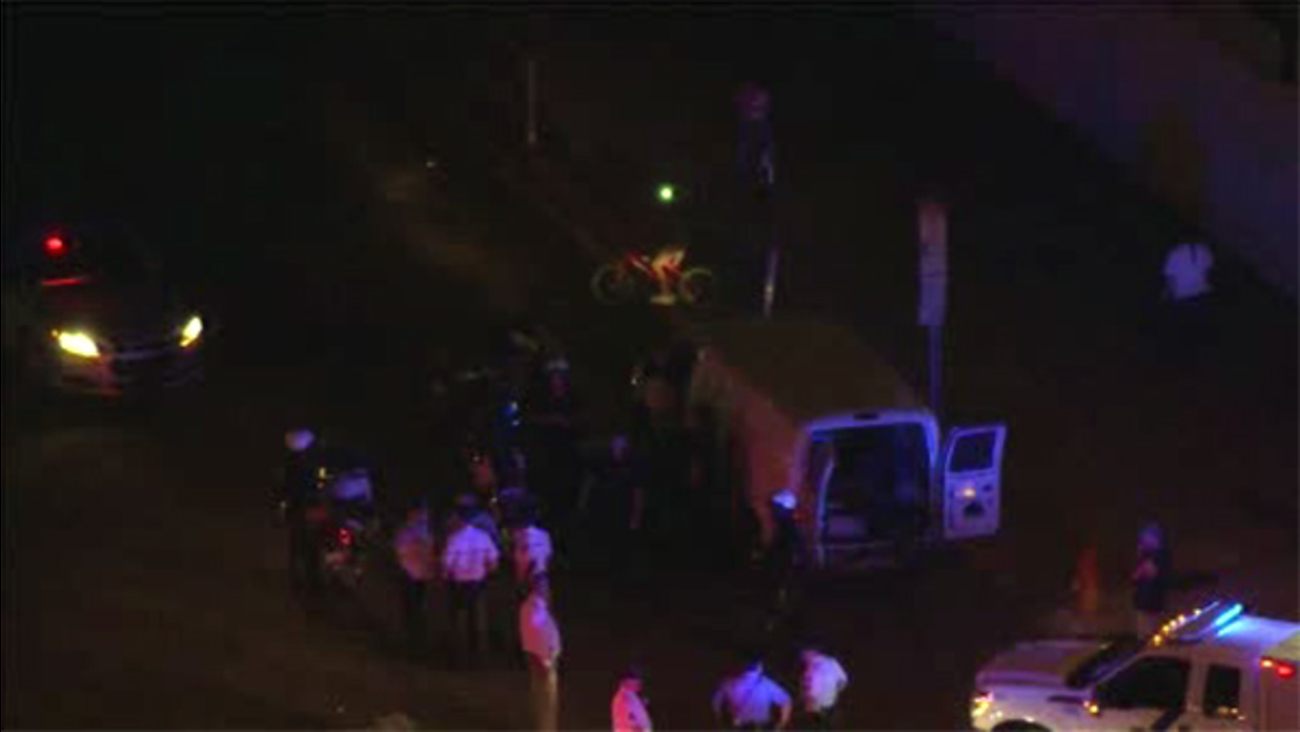 NORTHEAST PHILADELPHIA (WPVI) -- A man suspected of breaking into several storage units in Northeast Philadelphia was almost caught by police.

It happened around 8:30 Tuesday night at the Public Storage facility located along the 2700 block of Grant Avenue.

That's where employees called police after they suspected a man had burglarized several units.

When police arrived the suspect injured an officer's arm when she tried to apprehend him.

He was then able to drive away in a van.

Police thought they were following it. But the van they pulled over, ended up not being involved.