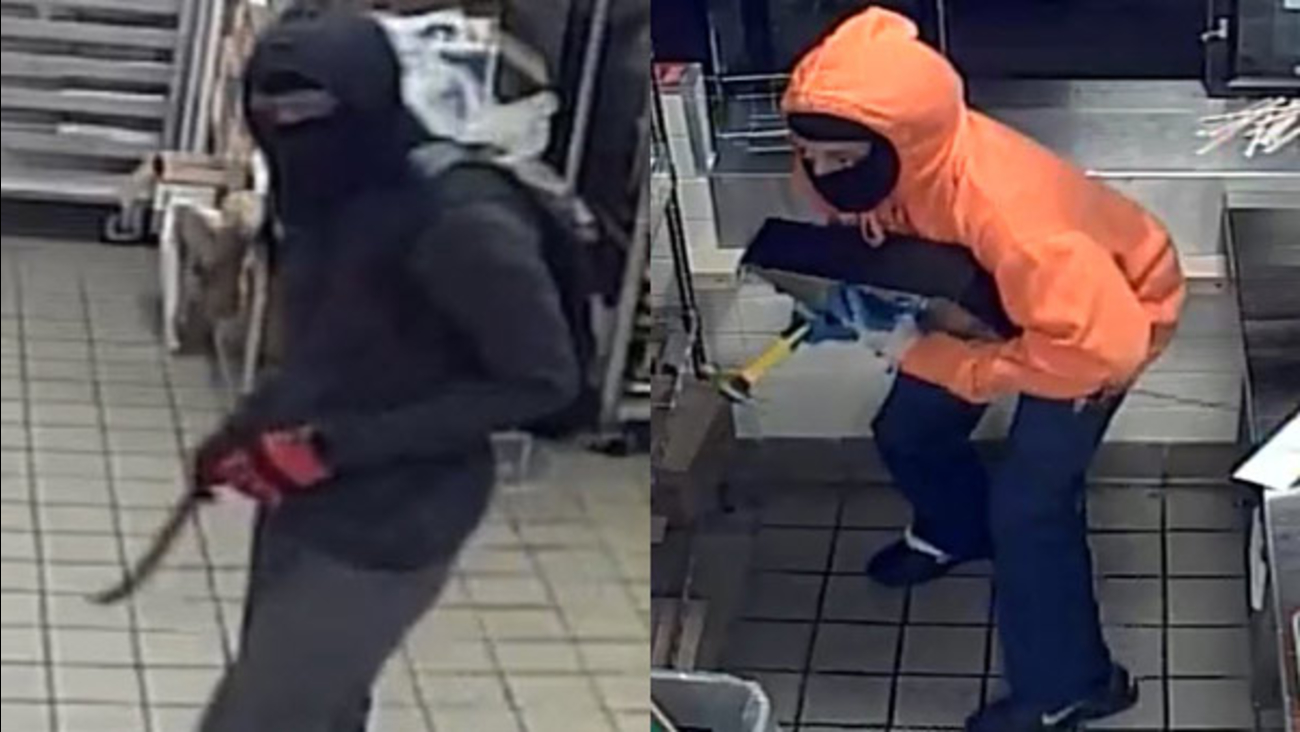 Around 1:00 a.m., police say the men used a hammer to break the front door at a Dunkin' Donuts on Black Horse Pike.

Both men were wearing hooded sweatshirts and masks.

They did the same thing at a store on Erial-Clementon Road in Pine Hill shortly after 3:00 a.m.

Police aren't saying how much cash they stole.