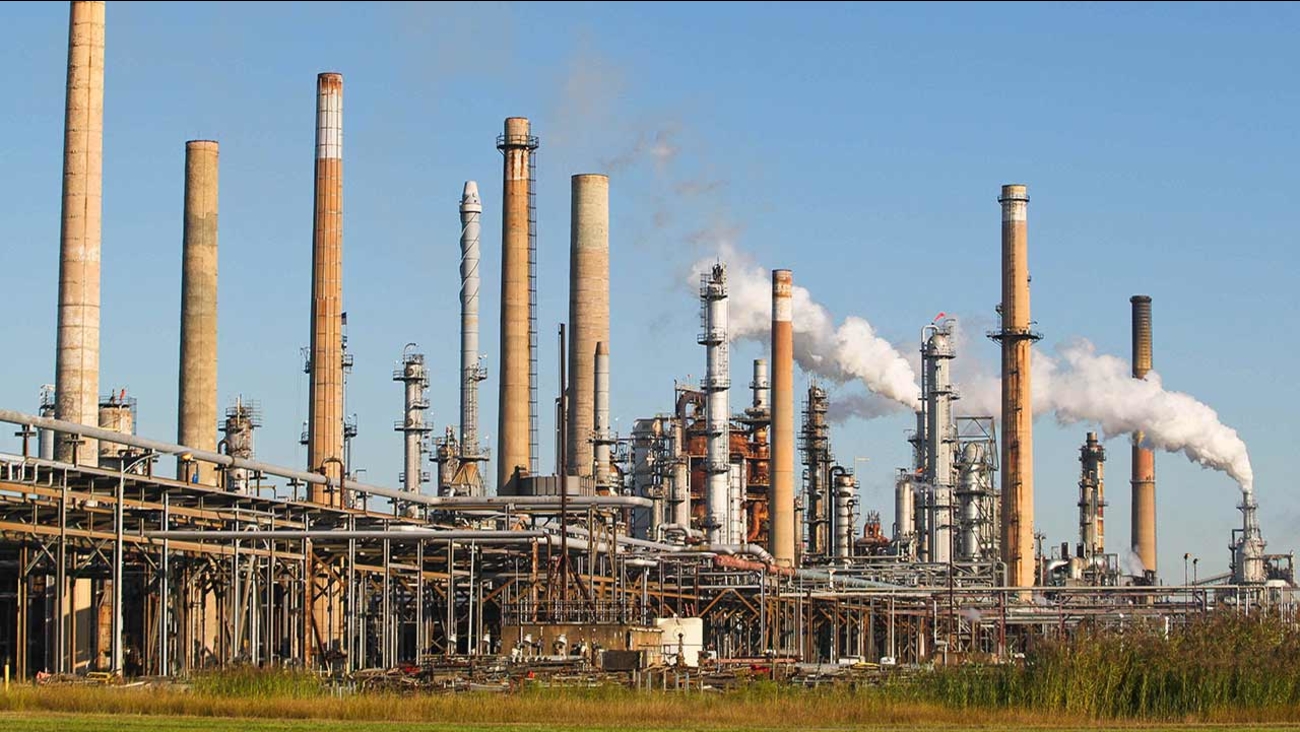 DELAWARE CITY, Del. (WPVI) -- Rescuers were called to a reported chemical leak at a refinery in Delaware City, Delaware on Friday.

Firefighters and medics were dispatched to the PBF Energy facility in the 4500 block of Wrangle Hill Road shortly after 12 p.m.

Officials say three workers said they were exposed to some kind of gas in their work space.

All three workers were taken to Christiana Hospital.

Two of the workers - a 52-year-old man and a 36-year-old man, were treated symptoms including dizziness and weakness.

A 40-year-old woman was also taken to the hospital. She did not have any symptoms, but medics transported her as a precaution.

No further details have been made available.

It was one week ago Friday that a fire ripped through part of the refinery.