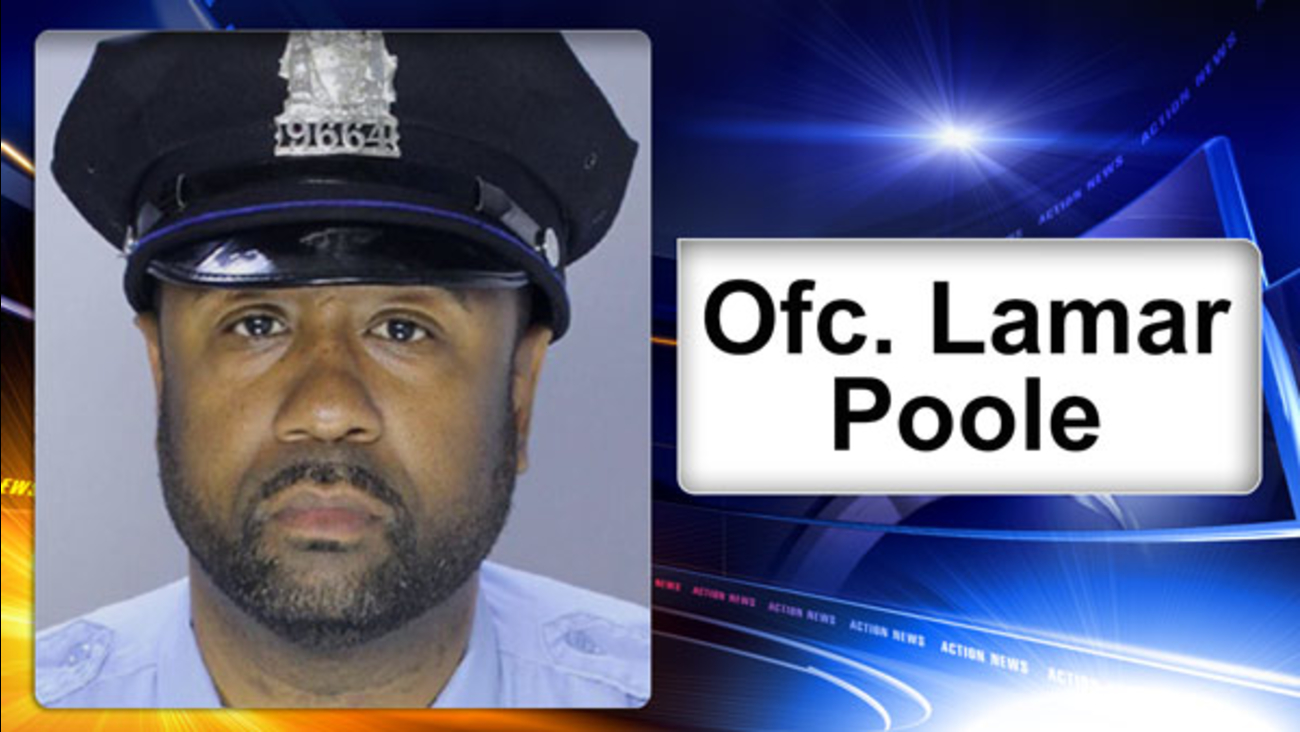 PHILADELPHIA (WPVI) -- A Philadelphia police officer killed in a hit-and-run crash while he was off-duty last month was laid to rest Wednesday morning.

The viewing and service for 42-year-old Officer Lamar Poole were held at First District Plaza, followed by internment at Greenmount Cemetery.

49-year-old Louis John Vogwill is suspected of driving under the influence August 30 when he turned his sedan into the path of Poole's motorcycle.

Vogwill is charged with involuntary manslaughter, homicide by vehicle and other charges.

A tow truck driver and several other witnesses followed Vogwill from the crash scene. They pinned his car about a block away and called police.

Poole was pronounced dead at a hospital. The 18-year police veteran is survived by a wife and seven children.