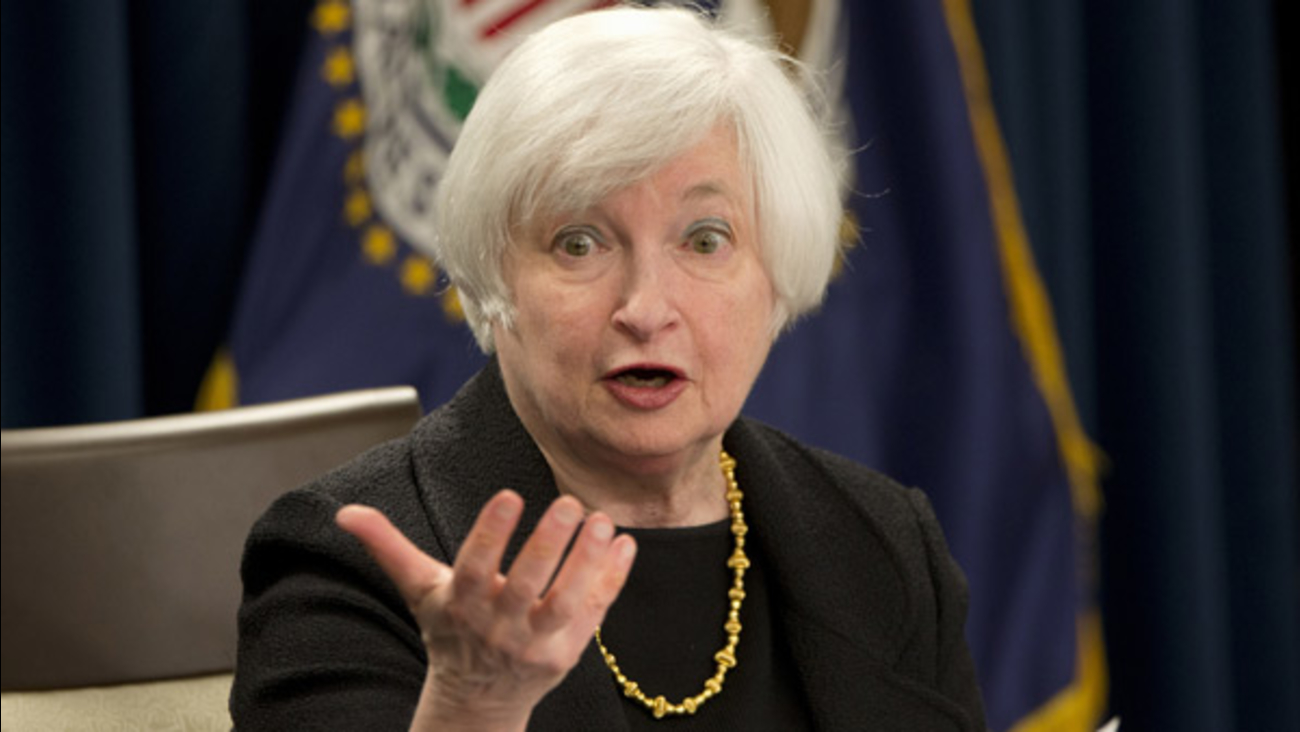 Signs of a sharp slowdown in China have intensified fear among investors about the U.S. and global economy. And low oil prices and a high-priced dollar have kept inflation undesirably low.

In a statement, Fed officials stressed that they were "monitoring developments abroad" and that the global slowdown might restrain U.S. economic growth and inflation levels. This appeared to be a reference to China, the world's second-largest economy.

China's economy has slowed for four straight years - from 10.6 percent in 2010 to 7.4 percent last year. The International Monetary Fund expects the Chinese economy to grow just 6.8 percent this year, slowest since 1990.

The Fed has kept its key short-term rate near zero since 2008. A higher Fed rate would eventually send rates up on many consumer and business loans.

At a news conference, Fed Chair Janet Yellen said a rate hike was still likely this year. A majority of Fed officials on the committee that sets the federal funds rate - which controls the interest that banks charge each other - still foresee higher rates before next year. The Fed will meet next in October and then in December.

"Every (Fed) meeting is a live meeting," Yellen said. "October, it remains a possibility."

Even after the first increase off of zero, Fed interest rate policy will be "highly accommodative for quite some time," Yellen stressed.

Wall Street's early reaction to the Fed's decision, which investors had widely expected, was muted. U.S. stock indexes were up slightly and roughly where they were before the Fed released its policy statement at 2 p.m. Eastern time.

Financial markets had been zigzagging with anxiety as investors tried to divine whether the Fed would start phasing out the period of extraordinarily low borrowing rates it launched at a time of crisis.

The Fed's action Thursday was approved on a 9-1 vote, with Jeffrey Lacker casting the first dissenting vote this year. Lacker, president of the Fed's Atlanta regional bank, had pushed for the Fed to begin raising rates by moving the federal funds rate up by a quarter-point.

Instead, the Fed retained language it has been using that it will be appropriate to raise interest rates when it sees "some further improvement in the labor market" and is "reasonably confident" that inflation will move back to the Fed's optimal inflation target of 2 percent.

The Fed's preferred measure of inflation was up just 1.2 percent in the latest reading and has been below 2 percent for more than three years.

The forecast also reduced the number of rate hikes this year to show an expectation of just one quarter-point increase, rather than the two that had been the expectation at the June meeting.

The new forecast significantly lowered the expectation for inflation this year to show the Fed's preferred inflation gauge rising just 0.4 percent, down from a 0.7 percent forecast in June. The change takes into account the further rise in the value of the dollar, which makes imports cheaper, and a recent drop in oil prices. The Fed's forecast still foresees inflation accelerating to a 1.7 percent increase next year, still below its 2 percent target.

The new forecast has unemployment dropping to 5 percent by the end of this year, down from 5.3 percent in June. The unemployment rate in August dropped to a seven-year low of 5.1 percent.

Before Thursday's decision, some economists argued that many factors - from a sharply slowing China to the tumult in markets to persistently less-than-optimal inflation - raised concerns about a rate hike. Others contended that with the U.S. job market considered essentially recovered from the Great Recession, it was time to start edging toward normal rates.

The anxiety that gripped investors stemmed in part from concern that once the Fed starts raising its key rate, other rates - for mortgages, car loans, business borrowing - will eventually rise. Some fear the economy might suffer.

Yet the Fed's influence on many consumer and business rates is only indirect. In the short run at least, those rates could continue to stay low, held down by low inflation globally and by a flow of money into U.S Treasurys.