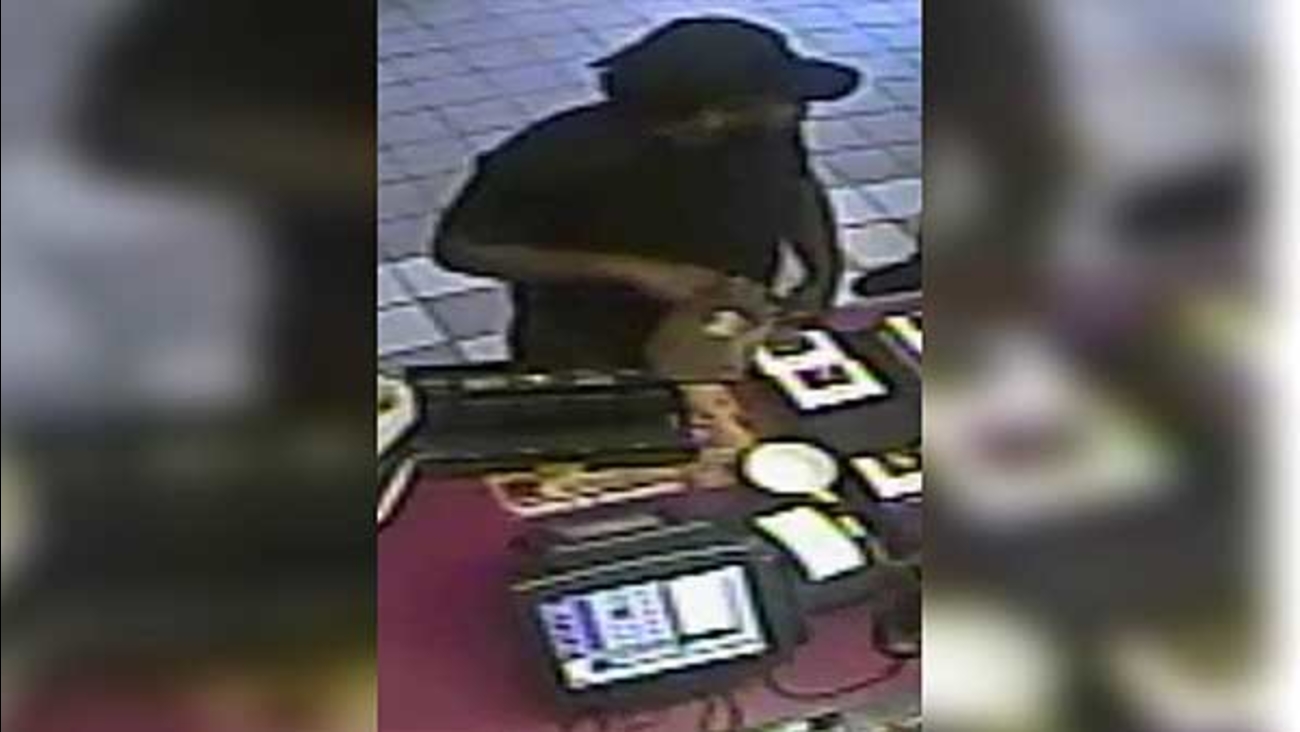 Police are looking to a suspect who robbed a Dunkin' Donuts in North Philadelphia.

NORTH PHILADELPHIA (WPVI) -- Police are looking to a suspect who robbed a Dunkin' Donuts in North Philadelphia.

The incident happened on September 6th inside the restaurant on the 2900 block of Abbottsford Avenue.

Surveillance video shows the suspect approaching the counter shortly after 2 p.m. and placing an order.

As the employee handed him his food, the suspect demanded cash from the register and placed his hand inside his pocket to simulate a gun.


The cashier then placed an unknown amount of cash into the Dunkin' Donuts food bag and the suspect fled the scene.

He was last seen running east on Fox Street.

Police describe the suspect as a black male, 30 to 40-years-old, 5'8" tall with a dark complexion, stocky build and facial hair. He was wearing a black Phillies hat, dark colored T-shirt, and dark colored pants.