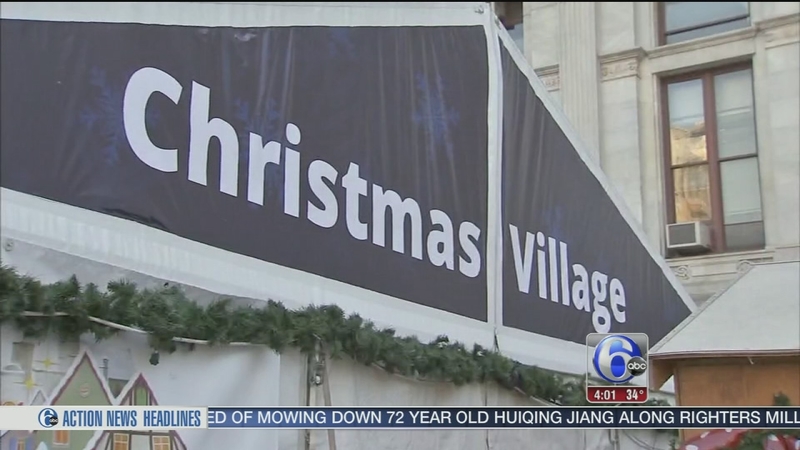 CENTER CITY (WPVI) -- Philadelphia Mayor Jim Kenney says there are some added security measures surrounding the Christmas Village outside City Hall in the wake of the terror attack in Germany.

But, he adds, the decision was made purely out of an abundance of caution.

"We have some larger vehicles that are parked at the entrances to the areas of our own Christmas Village around City Hall. Police vehicles, trash trucks. We don't have any imminent threat, but, obviously, you want to take precautions when something like this happens," Kenney said.

Meanwhile, Thomas Bauer, organizer of the Christmas Village in Philadelphia, says he is heartbroken over what took place in his native country.

"We are thinking of the families that lost family members and friends. It's a tragedy," Bauer said.

12 people were killed Monday and many others were wounded when someone drove a tractor trailer into a crowded Christmas market in Berlin, Germany.

ISIS has since taken responsibility for the attack.

We spoke with shoppers at Philly's Christmas Village who say the cruelty behind the attack is almost unimaginable.

"Our hearts go out to the people in Germany. We just wish it wasn't like that, especially this time of year, but it shouldn't be like that any time of year," Deborah Husson of Lansdale, Pa. said.

But Mayor Kenny says the best way for the average person to deal with concerns over terrorism is to keep doing your thing.

"We have to go about our everyday life. We can't let things like this keep us from conducting our business and enjoying our holidays," Kenney said.