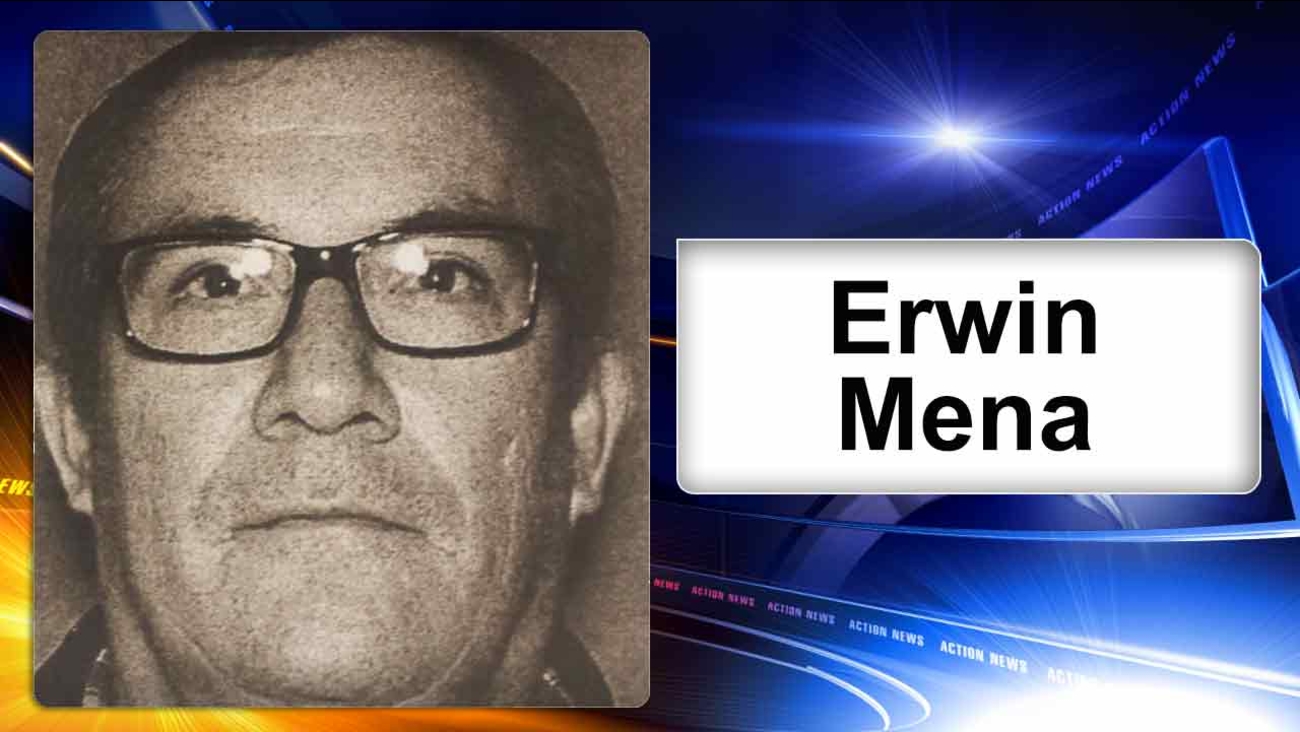 LOS ANGELES. -- A man who allegedly posed as a priest and officiated at Masses, funerals, confessions, and at least one marriage was arrested Tuesday on suspicion of selling thousands of dollars in phony tickets to see Pope Francis during last year's U.S. visit.

Erwin Mena, 59, declined to comment to the Los Angeles Times as detectives escorted him in handcuffs from police headquarters. He remained jailed, and it was unclear whether he had an attorney.

Mena faces about 30 charges, including grand theft, perjury - for filing a marriage license he signed as a priest - and practicing medicine without a license in connection with offering "a system or mode of treating the sick," according to an arrest warrant.

Last year, Mena allegedly posed as a priest at St. Ignatius of Loyola parish in northeastern Los Angeles and sold tickets to a pilgrimage to visit New York and see the pope during his Philadelphia visit in September, prosecutors said.

The trip supposedly included airfare and lodging at convents.

Michelle Rodriguez, 60, and some of her friends and co-workers paid more than $950 each in cash for the trip.

"It was a great deal for the price," Michelle Rodriguez told the Times. "We were thinking, 'Oh, we'll have this great time in New York. We'll see the pope and it will be a great experience.' "

Mena, who was acting as a substitute priest, made a good impression.

"He smiled, talked about how good things were. There was never anything negative," Joaquin Oviedo, a retired public high school teacher, told the paper. "He was not a fire and brimstone kind of preacher."

"We had always been raised not to question authority figures," Oviedo said. "He's a priest - what he said is holy writ. We never imagined he was a phony."

Mena had been posing as a priest since the mid-1990s, appearing at parishes or prayer groups in Los Angeles, San Bernardino, Stockton, Fresno and Orange counties, then vanishing before Roman Catholic authorities could act, court papers indicated.

Mena showed up at St. Mary parish in Fontana more than five years ago and celebrated Mass on a few occasions, John Andrews, a spokesman for the Diocese of San Bernardino, told the Times.

Mena allegedly made money by borrowing from people and selling his services or videos.

One group loaned him about $16,000 to produce CDs about Pope Francis that turned out to be pirated, and one person loaned him $6,000, Los Angeles police Detective Gary Guevara told the Times.

Mena's name is on a list of dozens of unauthorized priests and deacons that is kept by the Archdiocese of Los Angeles. Some victims have been reimbursed, and those who received the sacraments from Mena can receive them again, said Doris Benavides, a spokeswoman for the Los Angeles archdiocese.
Related topics:
los angelesarrestpope francisphilly newslos angelesu.s. & worldcalifornia
Copyright © 2021 by The Associated Press. All Rights Reserved.
TOP STORIES
Water main break in South Philly causes trouble for residents
Family of man killed outside of Pat's King of Steaks speaks out
Arrest made in 13-year-old murder in Frankford: Police
Firefighter killed in I-76 crash ID'd; other first responders injured
Comedian Jackie Mason dies at 93
New legislation would require women to sign up for potential draft
Should vaccinated people mask up with COVID-19 cases rising?
Show More
Black car buyer's experience marred by dealer's 'racist' Facebook post
LeVar Burton taking over as 'Jeopardy!' guest host Monday
Police ID man charged with murder after shooting at Pat's Steaks
Strangers gift $60K to beloved airport piano player after viral video
AccuWeather: Humid, PM T'Storm
More TOP STORIES News