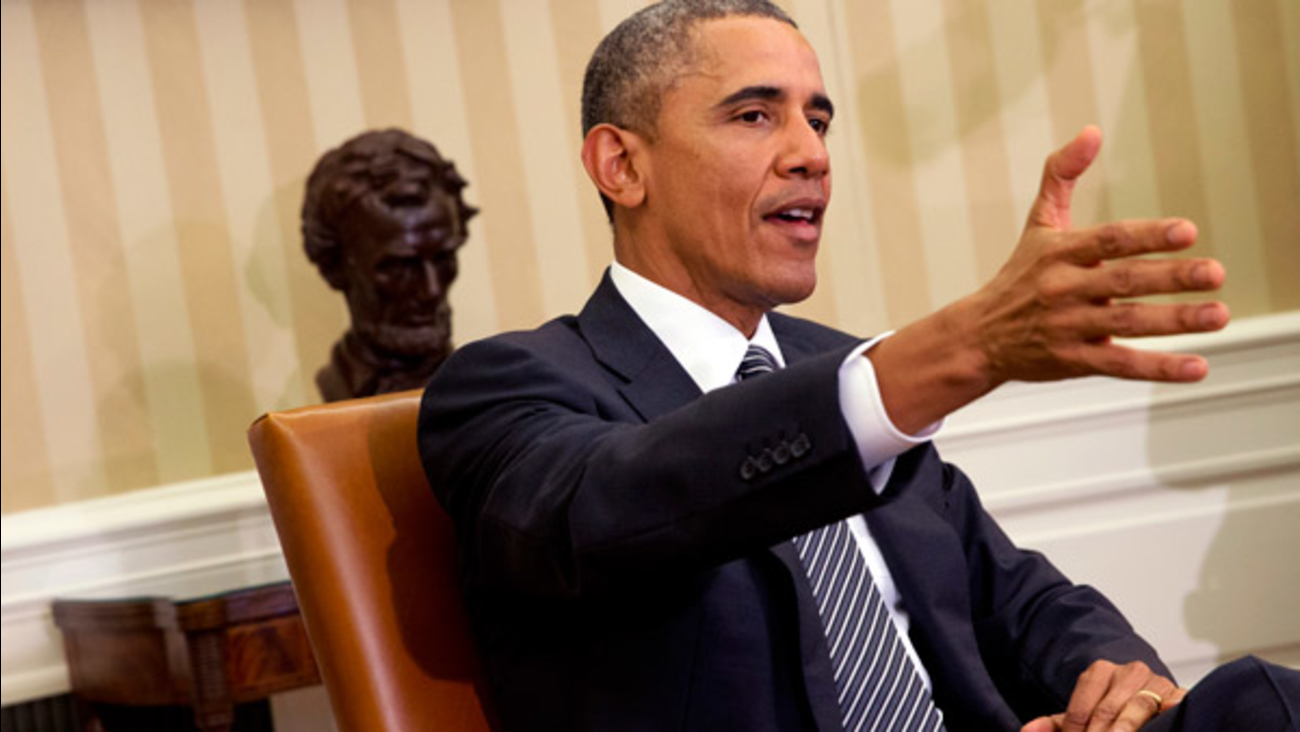 President Barack Obama speaks to the media during a meeting with Secretary of Defense Ash Carter in the Oval Office of the White House, Tuesday, Feb. 17, 2015, in Washington. (AP Photo/Jacquelyn Martin)

Republicans had criticized the plan as an illegal executive overreach when Obama announced it last November. Twenty-six states challenged the plan in court.

The administration argued that the executive branch was within its rights in deciding to defer deportation of selected groups of immigrants, including children who were brought to the U.S. illegally.

The ruling further dims prospects of implementation of the executive action before Obama leaves office in 2017. Appeals over the injunction could take months and, depending on how the case unfolds, it could go back to the Texas federal court for more proceedings.

Part of the initiative included expansion of a program called Deferred Action for Childhood Arrivals, protecting young immigrants from deportation if they were brought to the U.S. illegally as children. The other major part, Deferred Action for Parents of Americans, would extend deportation protections to parents of U.S. citizens and permanent residents who have been in the country for years.

The 70-page majority opinion by Judge Jerry Smith, joined by Jennifer Walker Elrod, rejected administration arguments that the district judge abused his discretion with a nationwide order and that the states lacked standing to challenge Obama's executive orders.

They acknowledged an argument that an adverse ruling would discourage potential beneficiaries of the plan from cooperating with law enforcement authorities or paying taxes. "But those are burdens that Congress knowingly created, and it is not our place to second-guess those decisions," Smith wrote.

In a 53-page dissent, Judge Carolyn Dineen King said the administration was within the law, casting the decision to defer action on some deportations as "quintessential exercises of prosecutorial discretion," and noting that the Department of Homeland Security has limited resources.

"Although there are approximately 11.3 million removable aliens in this country today, for the last several years Congress has provided the Department of Homeland Security with only enough resources to remove approximately 400,000 of those aliens per year," King wrote.