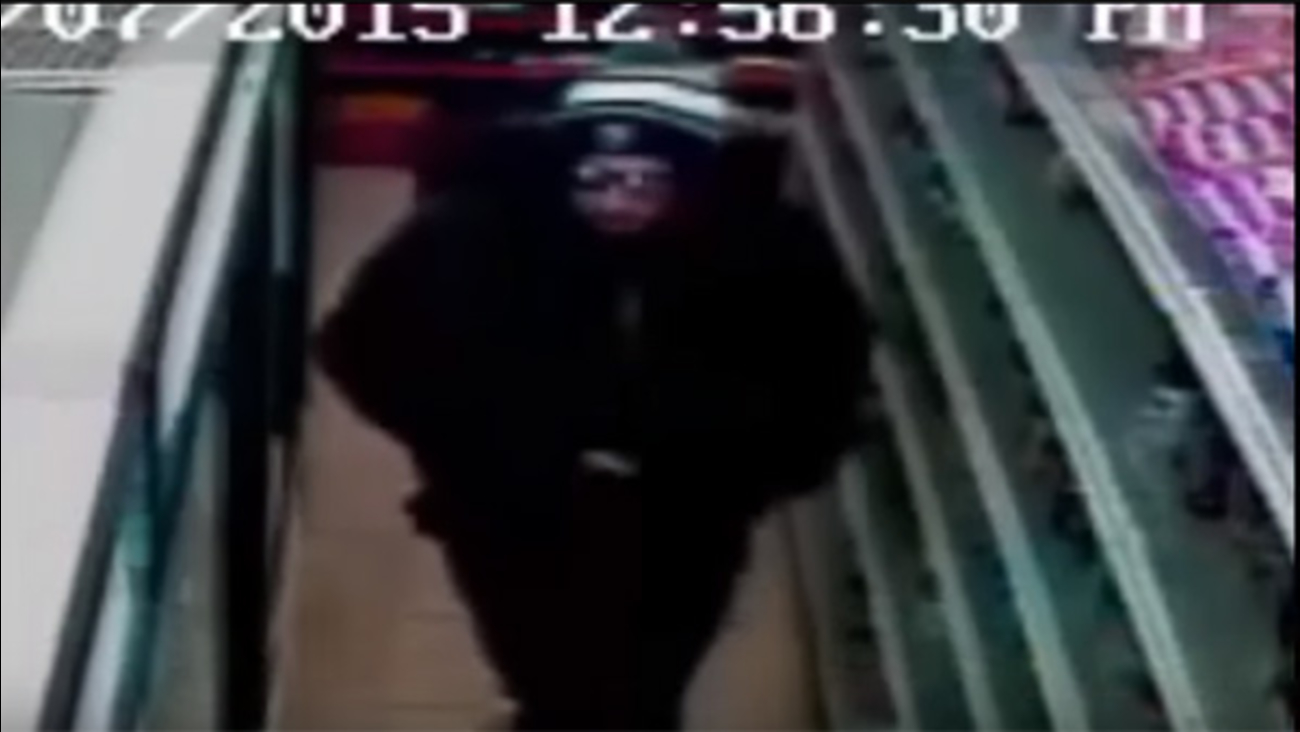 SOUTH PHILADELPHIA (WPVI) -- Police are searching for the suspect who robbed a South Philadelphia market.

The suspects pointed the gun at the 53-year-old male employee and demanded money.

Police say the suspects forced the employee toward the cash register and took an unknown amount of money as well as several boxes of cigarettes.

The suspects then fled the store and were last seen south on Camac Street towards Porter Street.

On Thursday, police released surveillance video of the crime.