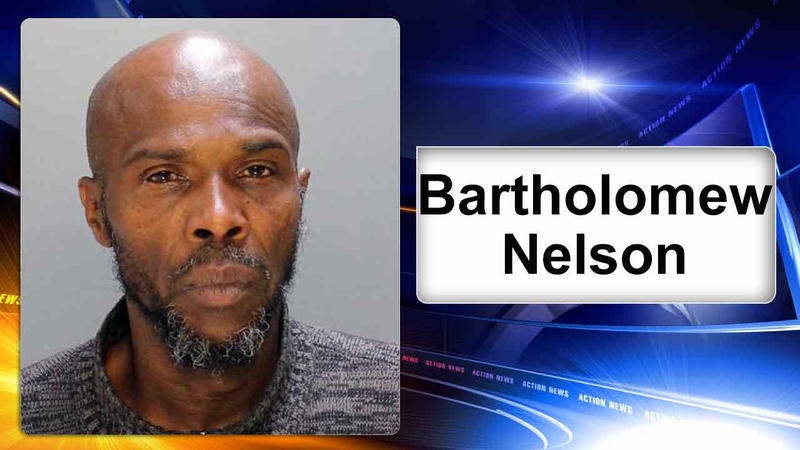 WEST OAK LANE (WPVI) -- Philadelphia Police have made an arrest in a deadly shooting in West Oak Lane that happened after an argument during an Eagles game.

51-year-old Bartholomew Nelson, from the 7400 block of Fayette Street, has been charged with murder and weapons offenses.

Police say Nelson opened fire in a row house garage that had been converted into a TV room in the 8300 block of Gilbert Street.

Philadelphia Police say an argument during Sunday?s Eagles game led to gunfire that left one man dead and 2 others injured in West Oak Lane.

Investigators say it happened after Nelson and 51-year-old Leotis Martin got into some kind of argument during Sunday night's Eagles game.

Two other men were present at the time.

Officers arrived on the scene just after 12 a.m. Monday to find Martin shot in the chest.

They also found a 52-year-old man who had been shot in the torso. He was taken to Einstein Medical Center in critical condition.

A 58-year-old man was shot in the shoulder and thigh. He taken to Einstein with stable vital signs.

After an investigation, police were able to identify Nelson as the suspect in the deadly shooting.

He taken into custody some time on Monday.

Philadelphia Police say an argument at a home in West Oak Lane during Sunday's Eagles game led to gunfire that left one man dead and 2 others injured.