WPVI
ATCO, N.J. (WPVI) -- Officials say the pilot of a small plane is dead after the air craft crashed into the backyard of a home in Atco, New Jersey Saturday morning.

65-year-old David Sees of Marlton was killed when his Cessna 150 crashed on the 600 block of Jackson Road in Atco.

Sadly, it all happened as the pilot's friends watched from the ground.

Richard Cravin says Sees, a longtime family friend, had flown over his home on Jackson Road countless times before.

"He always flies over and waves, tilts the wing, waves to us," he said. 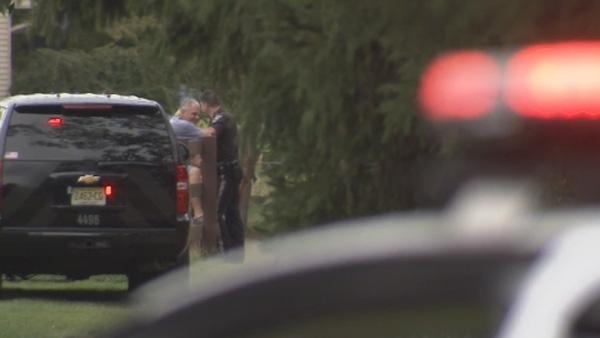 "I waved to him. I see him cut the plane. I seen the plane drop and I heard him try to throttle back up and next thing I heard a tree hit. So I come flying out back and the plane's smashed up against a tree," Cravin explained.

Waterford Township Police Chief Daniel Cormaney says, "Upon arrival they observed a plane, it's a Cessna 150, and the plane had heavy damage from a crash into a wooded area."

The plane landed just yards from a neighborhood. A heap of metal is all that's left of the plane.

Sees was the only occupant.

A family member tells us Sees was passionate about flying, worked hard and loved his family. According to Facebook posts, he was given an award in 2011 for his military service in Vietnam.

Now his grieving family says they find some solace in knowing he died doing what he loved.