Horsham bear injured by shotgun, arrow before being euthanized

WPVI
HORSHAM, Pa. (WPVI) -- The bear that was euthanized in Horsham, Montgomery County last week had previously sustained multiple gunshot wounds, an arrow wound, and was possibly hit by a car, officials said.

A Game Commission spokesperson says the black bear was first spotted in Chalfont, Bucks County, but over the course of a couple days made its way down to Horsham.

Wildlife Conservation Officers made several attempts to tranquilize the bear and remove it from the area, but to no avail.

The bear was later located at Hidden Creek, walking along the creek bank.

"He came out from under the bridge. Fairly decent size. I don't know, I've never weighed a bear, but he was at least a couple hundred pounds," said Nick Eykowski of Horsham. 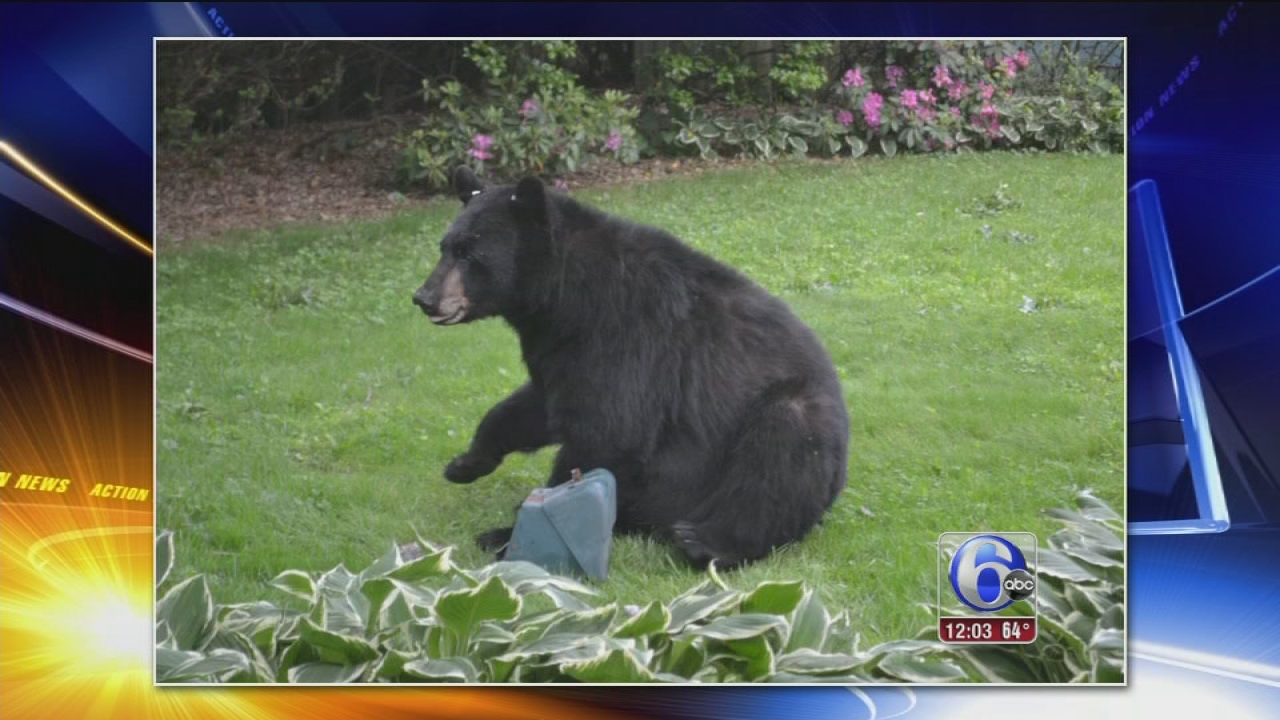 Gam Commission euthanizes bear in Horsham
Police have euthanized a bear that was roaming the suburbs today.

Police quickly formed around the wooded area - that was estimated to be about two football fields in length - and contacted the Pa. Game Commission.

Game Commission officers noticed the bear was leaving a blood trail, and once the animal was spotted it was obvious to officers that the bear was injured.

Thinking the bear had sustained a broken back leg, Game Commission officers made the decision put it down.

A necropsy determined that the bear's injuries were the result of wounds inflicted by a shotgun. There were also multiple BB pellets found on the bear.

"There were hundreds of pellets from shotgun wounds under its skin," said Wildlife Conservation Officer Chris Heil.

In addition, officials say an old arrow wound to its back leg had become gangrenous.

Heil says, "I believe it may have been clipped by a car, which opened the old wound in its back leg, causing it to leave the blood trail ... It is unfortunate that the story ended this way, but from the injuries this bear was suffering from, it was a necessary outcome."

This follows an earlier incident in which a black bear spotted in Bensalem had to be euthanized due to a broken leg.