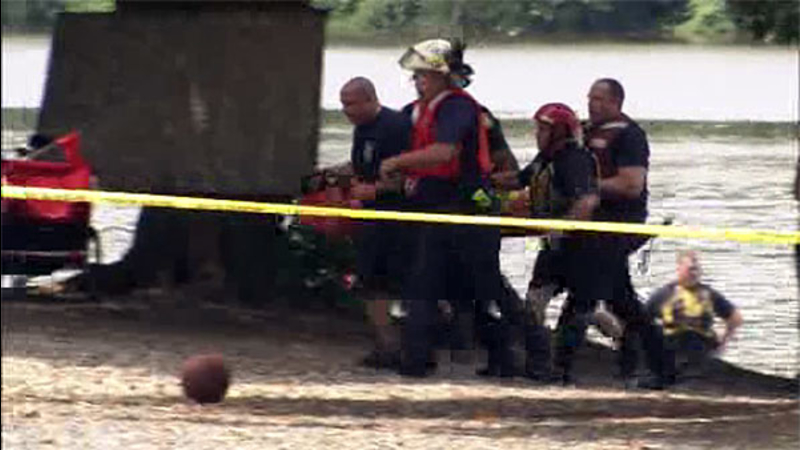 FAIRMOUNT PARK (WPVI) -- Police say a 3-year-old boy is hospitalized in critical condition after he fell into the Schuylkill River in Philadelphia's Fairmount Park.

Action News is told 911 calls came in at noon Saturday after the boy fell off a dock near the St. Joseph's University boathouse along Kelly Drive.

Family and friends, including his father jumped in to find him. Police and firefighters quickly responded.

Medics rushed the three-year-old boy to Children's Hospital after rescue crews pulled him from the waters of the Schuylkill River. He remains in ICU.

On the banks of the water, people comforted each other seeing a glimpse of hope when firefighters and police found the young boy.

Valerie Franks' three and five-year-old great grandkids stayed close to her after hearing the news.

Alex Harrison became extra vigilant over her four-year-old twins, thinking about what the family of the young boy must be going through.

"It's sad because when we come out here as parents, we don't think about your child falling into the river. I feel bad for the family," Harrison said.