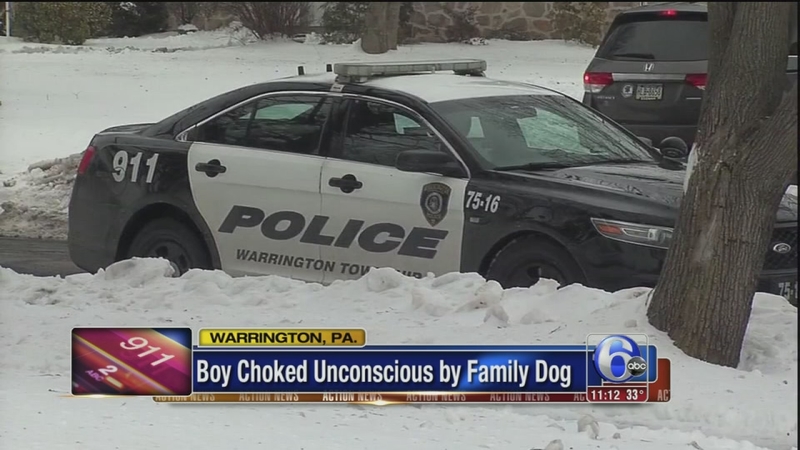 Boy, 5, choked by dog pulling on scarf in Warrington

Officers and paramedics converged on the boy's home Wednesday afternoon in the 1900 block of Palomino Drive in Warrington Township.

The boy was outside playing in the snow with the dog, which his family says is not uncommon.

The child's mother looked out and saw him lying face-down in the snow with the dog tugging at the scarf around the boy's neck.

The mother ran out, finding the boy unconscious and unresponsive. She untied the scarf, which was tight around her son's neck, carried him into the house and immediately called 911.

Arriving paramedics performed CPR on the child before transporting him to Doylestown Hospital, then onto Children's Hospital of Philadelphia.

Police say the boy will be under heavy sedation for the next several days.

The child's parents and older sister were at home at the time of the incident.

Warrington Police say this appears to be a tragic accident, but they will continue to investigate.
------