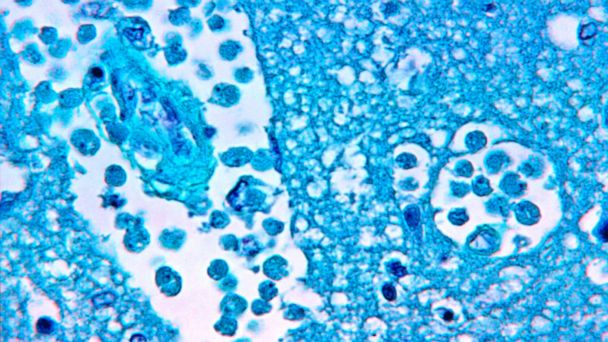 A potentially deadly amoeba has been found in the New Orleans water supply for at least the second time in two years.

Water from the St. Bernard Parish neighborhood in New Orleans has tested positive for Naegleria fowleri and the Louisiana Department of Health and Hospitals ordered a 60-day chlorine "burn" starting Thursday to ensure the pathogen would be eradicated from the water supply, officials said.

It remained unclear how prevalent the amoeba was in the water system since the only two positive tests included a sample of untreated water and another sample from a station that may have been contaminated by ground water. The treated water was found to have the recommended amount of chlorine.

Jacob Groby, quality control chief for St. Bernard Parish Water and Sewer Division, said water was being flushed and retested to see if the amoeba was present anywhere else through the 225-mile water system.

The water system serves 44,000 people in the New Orleans area, down from approximately 68,000 before Hurricane Katrina drove out residents in 2005.

The lowered population post-Katrina and increased use of eco-friendly devices have led to less water being treated for the same water system, Groby said. As a result, water is standing in the pipes for longer and possibly losing some of its chlorination, he said.

The Naegleria fowleri is a naturally occurring pathogen in freshwater and can be deadly if it enters the body through the nose and makes its way into the brain. It does not harm people if they drink it or if it gets on their skin.

In 2013, a 4-year-old boy died in the parish after being infected with the amoeba, while playing on a slip-n-slide, health officials said at the time.

Dr. William Schaffner, an infectious disease expert at Vanderbilt University Medical School, said people in the area should take steps to stay safe, including keeping their pool chlorinated, and stopping children from playing with hoses to stay cool.

"You don't [want] water up into the nose," Schaffner said. "You can't get it just by drinking water -- that's a not a problem."