Bush on Trump: He'd Be a 'Chaos President' 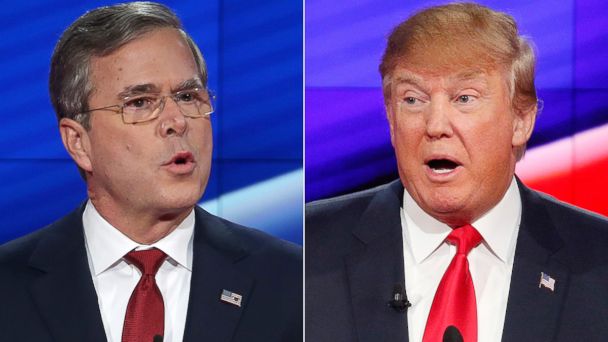 In the final Republican debate before the new year, Donald Trump, unsurprisingly, was asked about his proposal to ban all immigration by Muslims.

"As far as other people, like in the migration where they're going, tens of thousands of people having cell phones with ISIS flags on them," Trump said. He added, "And if I'm president and if Obama has brought some to this country, they are leaving. They're going. They're gone."

"Donald, you know, is great at the one-liners. But he's a chaos candidate. And he'd be a chaos president. He would not be the commander-in-chief we need to keep our country safe," Bush declared.

Both Marco Rubio and Ted Cruz were also asked about Trump's policies, though both declined to attack Trump outright.

Rubio said, "We must deal with this threat of radical Islamists, especially from ISIS," while Cruz said that he understood why Trump suggested what he did.

"I understand why Donald made that proposal. I introduced legislation in the Senate that I believe is more narrowly focused at the actual threat, which is radical Islamic terrorism and what my legislation would do is suspend all refugees for three years from countries where ISIS or al Qaeda controls substantial territory," Cruz said.

Bush's response didn't go unanswered, however, as the front-runner had some choice words for him.

"Jeb doesn't really believe I'm unhinged. He said that very simply because he has failed in this campaign. It's been a total disaster. Nobody cares. And, frankly, I'm the most solid person up here," Trump said.