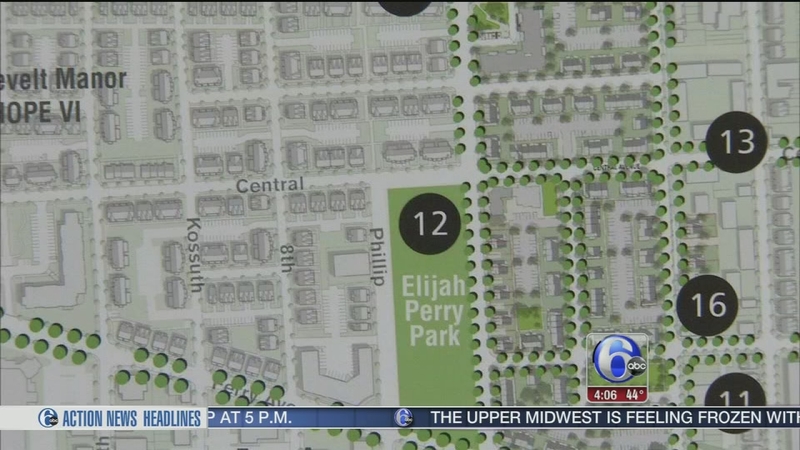 It is now deemed a "choice neighborhood" thanks to a grant from the Department of Housing and Urban Development.

"What the designation does today is help us leverage additional dollars, new schools that are being constructed, the Uncommon Renaissance School which is under construction right now will be a new school K-8 for young people coming from this neighborhood, Whitman Park and Liberty Park," said Mayor Dana Redd.

The funding is a part of a bigger pot from HUD of more than $130 million that will be divvied up by five cities across the country, including Camden.

The grant is only a kick start, and the project as a whole is receiving more public and private financial help.

After failed attempts to secure the grant in recent years, Mayor Redd thanked elected officials on the local, state and federal levels who helped.

"The people of Camden can know this holiday season they have not been forgotten. Promises made, promises kept," said Sen. Bob Menendez.

"I can't wait to see the new community. We wait for so many years, so when I see it, they start working on it, then I believe it," said Caroline Arnold.