MOORE, Okla. -- Police say charges are expected in the beheading of a woman at a food distribution center in an Oklahoma City suburb.

Moore police Sgt. Jeremy Lewis says murder and other charges against 30-year-old Alton Nolen will be presented to the district attorney for filing Monday.

Cleveland County prosecutors did not return phone calls for comment on Sunday.

Nolen is suspected of attacking two women, beheading one of them, shortly after being fired Thursday at Vaughan Foods in Moore. Police say reserve sheriff's deputy Mark Vaughan, the company's chief operating officer, ended the attack by shooting Nolen.

Nolen and the second victim in the attack were both hospitalized and are expected to recover.

A hospital spokeswoman said Sunday that she could not comment on Nolen's condition. 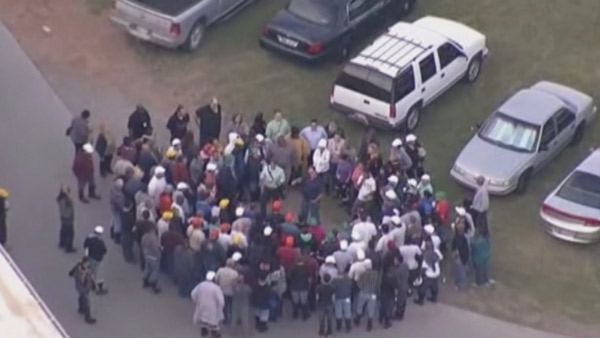