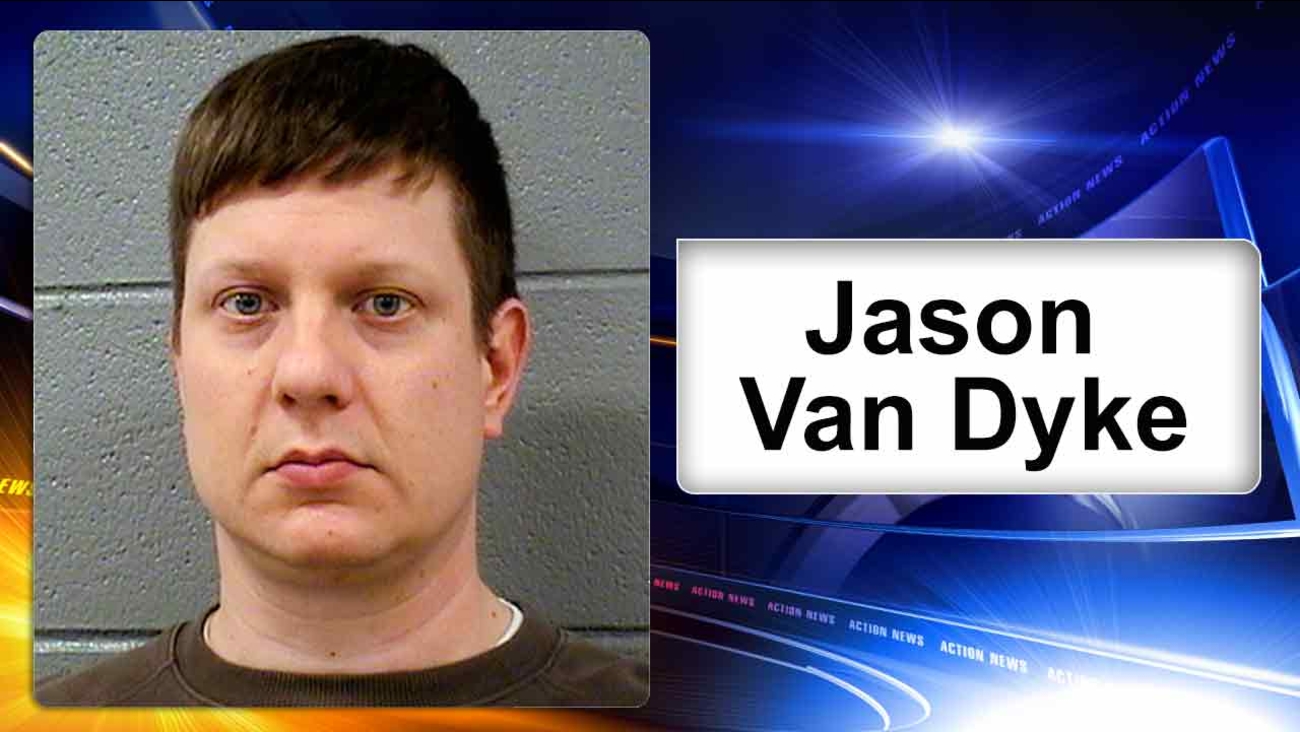 CHICAGO -- Federal authorities said an online threat that led the University of Chicago to cancel classes Monday targeted whites and was motivated by the police shooting of a black teenager, video of which was released last week and led to protests.

Jabari R. Dean, 21, of Chicago, threatened to kill 16 white male students or staff at the school on Chicago's South Side, according to the criminal complaint.

Dean, who is black, was arrested Monday morning. He did not enter a plea later in the day on a charge of transmitting a threat in interstate commerce in court.

The threat was posted Saturday, just days after the city released a video of Officer Jason Van Dyke, who is white, shooting 17-year-old Laquan McDonald, who was black, 16 times. Van Dyke is charged with first-degree murder. His bond was set for $1.5 million earlier Monday, and hours later, he paid the $150,000 needed and was released.

Authorities said Dean posted online from a phone that he would "execute approximately ... 16 white male students and or staff, which is the same number of time (sic) McDonald was killed" and "will die killing any number of white policemen that I can in the process."

The criminal complaint said someone tipped the FBI Sunday to a threat that was posted on a social media website. The FBI was unable to find the threat online, and was provided a screenshot by the person who reported the threat.

That led them to Dean, who admitted to FBI agents that he posted the threat and took it down shortly after posting it, the complaint said. Despite the threat mentioning three guns, a prosecutor told Monday's hearing that Dean did not appear to pose a threat. The complaint did not say whether Dean possessed any weapons.

Dean is a first-year undergraduate student in electrical engineering at the University of Illinois at Chicago, UIC spokeswoman Sherri McGinnis Gonzalez. He wore a red sweat shirt emblazoned with the name of that school in court.

Phillip Rutherford, who later identified himself as Jabari's uncle, said loudly in the courtroom as the hearing adjourned, "Hey Jabari. ... Just be cool, OK?" Rutherford later told reporters that Jabari was never serious about an attack and had done something "silly" and "stupid" because he'd had too much time on his hands.

"He's run out of things to do," Rutherford said.

Jabari's lawyer declined comment Monday. A judge ordered Dean be held until Tuesday's bond hearing, when prosecutors will likely agree to let him be released to his mother.

The University of Chicago, where President Barack Obama taught law, first alerted students and staff Sunday night about a threat that mentioned the quad, a popular gathering place, and 10 a.m. Monday. The school urged faculty, students and non-essential staff to stay away from the Hyde Park campus through midnight Monday and told students in college housing to stay indoors.

The cancellations of classes and activities affected more than 30,000 people, though the University of Chicago Medical Center was open to patients.

The university had said the decision to close was taken following "recent tragic events" at other campuses nationwide. On Oct. 1 at Umpqua Community College in Roseburg, Oregon, a gunman opened fire and killed nine people. Other shootings have happened in Arizona and Tennessee.

Classes will resume Tuesday after what university President Robert Zimmer said was a "challenging day."

Students closed their books, shut down their laptops and hurried home Sunday when the school first alerted people to the threat, according to student body president Tyler Kissinger. "I work in the campus coffee shop and when people got the notice (announcements and online) they really cleared out of here immediately," the 21-year-old senior said.

Junchen Feng, who's pursuing a doctorate, said the threat raised his awareness about gun violence in Chicago and beyond.

"For the first time I was thinking about people who live in Syria, Afghanistan, Pakistan ... where they live under constant threats of death and violence," the student from China said. "It's a mindset that we just don't have."

Police have said that McDonald was carrying a knife and an autopsy revealed that he had PCP, a hallucinogenic drug, in his system. Cook County State's Attorney Anita Alvarez said last week in announcing the first-degree murder charge against Van Dyke that the 3-inch blade recovered from the scene had been folded into the handle.

In the audio-free video, McDonald can be seen walking down the middle of a four-lane street. He appears to veer away from two officers as they emerge from a vehicle, drawing their guns. One of the officers, Van Dyke, opens fire from close range. McDonald spins around and crumples to the ground. The officer continues to fire.

Van Dyke's attorney, Dan Herbert, maintains that Van Dyke feared for his life, acted lawfully and that the video does not tell the whole story. He told reporters Monday that Van Dyke "absolutely" can defend his actions in court and that the officer is "very scared about the consequences he is facing."