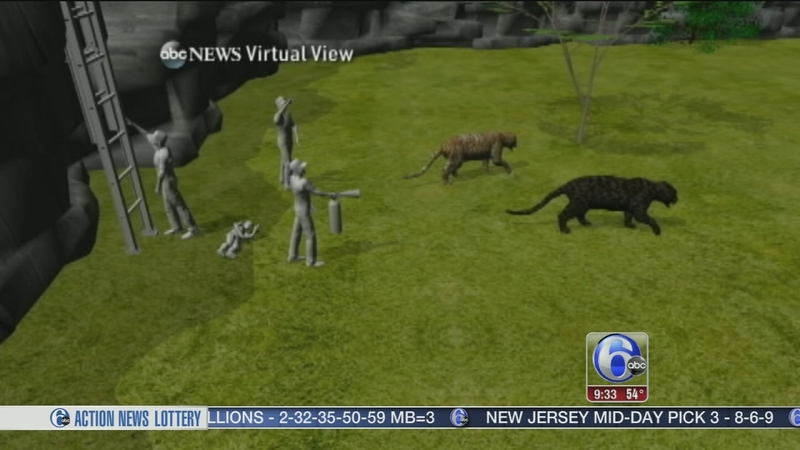 A dramatic rescue took place at the Little Rock Zoo this morning after a child fell into the jaguar exhibit, zoo officials said.

Staffers at the zoo in Arkansas managed to hold off the big cats with fire extinguishers as another employee lowered a ladder into the exhibit and retrieved the child, who officials said was conscious and responding.

The child was then handed to the father, according to a statement from the City of Little Rock and zoo officials. Both were taken to the zoo's back entrance, where the child was transferred via ambulance to the hospital.

It was not immediately clear what injuries the child sustained from the incident, however the child's condition was described as "critical" by Arkansas Children's Hospital.

"We respect the wishes of the child's guardian who asked that the child's name and any additional information not be shared at this time," said Dan McFadden, the hospital's director of communications.