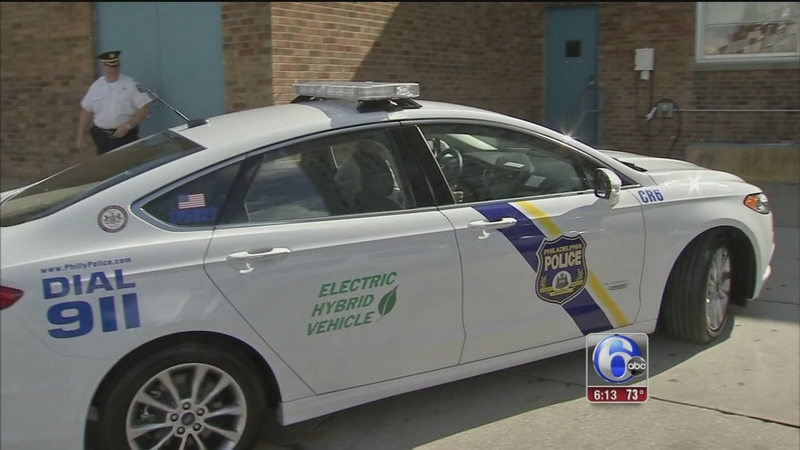 CHINATOWN (WPVI) -- The first of plug-in hybrid vehicles assigned to the Philadelphia Police Department was unveiled Monday as part of the city's continuing effort to get greener.

"We're not the first, but we like to say that we're in the forward-looking group of cities," said Chief Administrative Officer Rebecca Rhynhart.

The new vehicle is a Ford Fusion Energi - a standard gasoline hybrid with plug-in capability. On a full charge, the vehicle will travel 22 miles before the gasoline engine kicks in - so it can get up to the equivalent of 97 miles per gallon.

"This is an effort to expand the city fleet of alternatively-fueled vehicles and equipment over the next few years," said Mayor Jim Kenney.

Four of them are on order now, with 17 expected to arrive by January, and eventually each district will be assigned a hybrid to be used as a community-relations vehicle - don't look for these cruisers out on patrol.

"We do have future plans with the hope of getting them in all 21 districts at some time," said Deputy Commissioner Christine Coulter.

A charging station has already been installed here on the side of the 6th District in Chinatown. Over the next year, the city will be looking for places to install more charging stations for its expanding eco-friendly fleet.

"We're gonna have to look over the course of the next year about how we can increase the size of the charging stations so that they can be increased throughout the city," said Rhynehart.