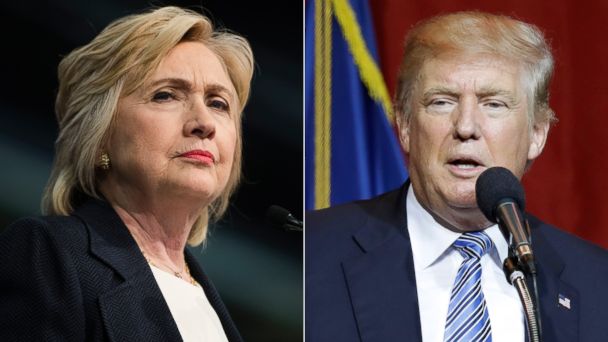 Republican presidential candidate Donald Trump has caught up to Democratic rival Hillary Clinton, according to the latest national poll numbers released this morning.

The CBS and New York Times poll has the presidential candidates tied at just 40 percent each, with a margin of error of three points, and well below the 50 percent either candidate would need to win the presidency. The poll was conducted July 8 through July 12, in the aftermath of FBI Director James Comey's recommendation not to file criminal charges on Hillary Clinton for her email controversy.

This is not the first time this poll has found that voters are nearly split when it comes to their presidential pick. A similar poll taken around the same time frame in 2012 had President Barack Obama at 46 percent, only one percentage point over his then rival, Republican Mitt Romney.

When it comes to the election itself, 61 percent of polled voters say they are not looking forward to the rest of the campaign.
Related topics:
abc newsnational
Copyright © 2022 ABC News Internet Ventures.
TOP STORIES
AccuWeather: Spotty Showers Today
Officials ID 5 killed in Pottstown explosion; most were children
Official admits police made 'wrong decision' in TX shooting
Victim of elementary school attack says it could have been prevented
Police: Store owner robbed, assaulted with brick in North Philly
Dann Cuellar retires after 34 years at Action News
Another Trenton, NJ firehouse hit by gunfire
Show More
Rainy start to Memorial Day weekend at the Jersey Shore
Bank employees help kidnapped woman after she asks for loan
Massacre survivor says gunman told them: 'You're all gonna die'
4th grader 'did what she had to to survive' Uvalde shooting, aunt says
North Penn holds farewell parade for retiring superintendent
More TOP STORIES News