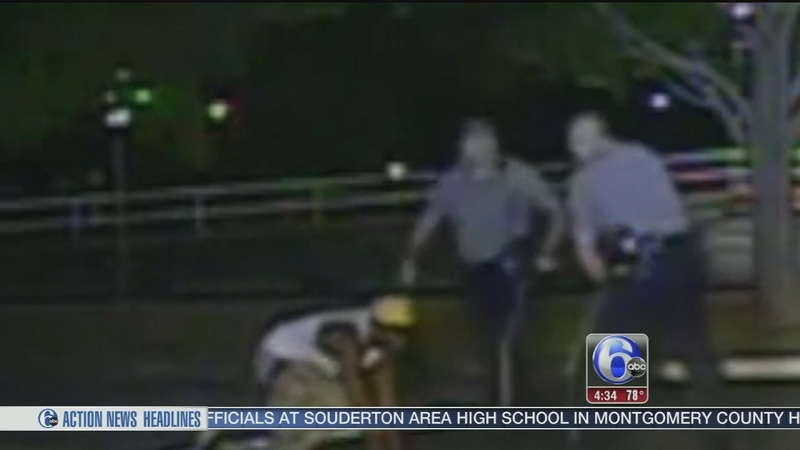 DOVER, Del. (WPVI) -- The Delaware Attorney General's Office has indicted a Dover police office on assault charges after he was caught on camera kicking a suspect in the face.

We should warn you the video might be disturbing to some viewers.

A dash camera from another patrol car captured Officer Thomas Webster approaching Latif Dickerson following a fight back in August of 2013.

After ordering Dickerson to the ground, Webster is seen kicking him once in the head, knocking him out and breaking his jaw.

Webster was originally put on leave pending an investigation.

But the Delaware Attorney General's office took the case before a second grand jury. That jury indicted Webster on Monday on assault charges.