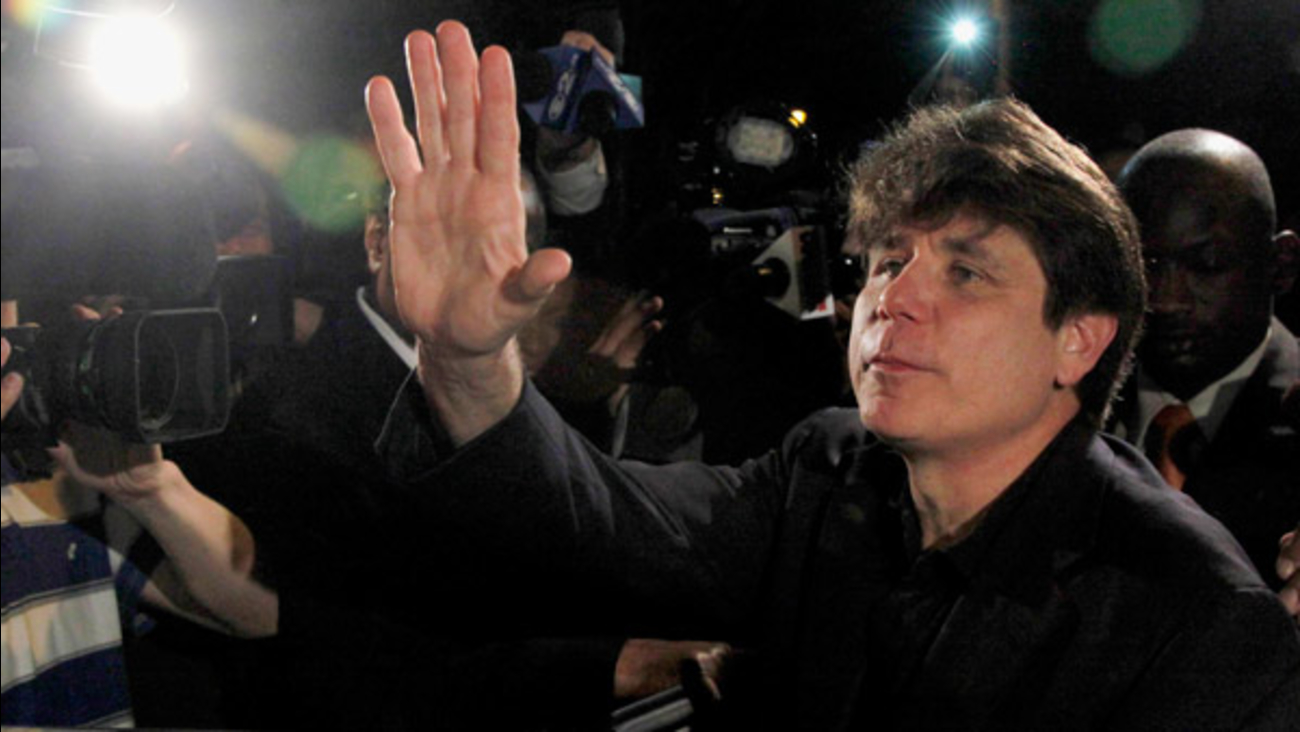 CHICAGO -- A federal appeals court Tuesday overturned some of the most sensational convictions that sent former Illinois Gov. Rod Blagojevich off to a lengthy stint in prison, ruling prosecutors did not prove the Democrat broke the law as he appeared to try to auction off an appointment to President Barack Obama's old Senate seat.

It wasn't immediately clear whether the stunning decision from the 7th U.S. Circuit Court of Appeals in Chicago means the 58-year-old, currently Inmate No. 40892-424 in a Colorado prison, will serve less than his original 14-year sentence.

The two-term governor proclaimed his innocence for years on talk shows, on NBC's "The Apprentice" reality show and while impersonating Elvis - his idol - at a block party. Taking the stand at his decisive retrial in 2011, a sometimes-tearful Blagojevich said he was a flawed man but no criminal.

His appeal echoed a familiar refrain in public and in court: Blagojevich had merely engaged in legal, run-of-the-mill political horse-trading that pols everywhere engage in.

Jurors eventually convicted him of 18 counts; 11 dealt with charges that he tried to swap an appointment to the seat for campaign cash or a job, once musing about becoming ambassador to India.

Blagojevich was also convicted on other play-to-pay schemes. They include the attempted shakedown of the Children's Memorial Hospital in Chicago for a contribution to Blagojevich's campaign.

At a 2011 sentencing, Judge James Zagel scolded Blagojevich, saying, "When it is the governor who goes bad, the fabric of Illinois is torn and disfigured." The 14-year term was one of the longest for corruption in a state where four of the last seven governors have gone to prison.

The jaw-dropping allegations that a sitting governor tried to sell a Senate seat made headlines after agents arrested Blagojevich at home on Dec. 9, 2008 - weeks after Illinois' native son Obama won the presidential race.

The well-coiffed Blagojevich quickly became the butt of jokes on late-night TV, including for his foul-mouthed rants on FBI wiretaps that were released after his arrest.

Blagojevich began serving his sentence at a prison near Denver on March 15, 2012. Prior to the appeal, the estimated release date for the father of two school-aged daughters was 2024; he'd be 67.