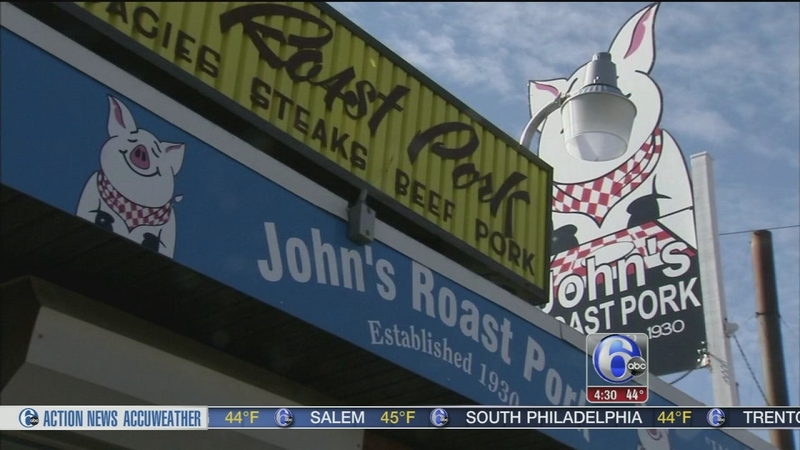 SOUTH PHILADELPHIA (WPVI) -- Money intended for charity was stolen in a heist that left a South Philadelphia restaurant so badly damaged it was forced to briefly shut down.

People looking to pick up a sandwich from John's Roast Pork were sorely disappointed on Friday.

Owner John Bucci is stunned by the crime.

"I just can't believe it. It is like a fortress in here, but they came through the roof up here. These guys were pros, too. They had tools and wire cutters," he said.

Bucci said the criminals used special tools to get into the building through the exhaust fan on the roof. He's still amazed that someone managed to fit through the small opening.

Of that money, $1,500 was intended for the "Be the Match Foundation", a national bone marrow registry.

It's a cause near and dear to his heart. He received a bone marrow transplant while being treated for leukemia.

"That is the thing, it was the first thing I thought of. It was so upsetting but, again, it brought the best out and we made lemonade out of lemons," he said.

When neighborhood restaurants heard about the break-in, they quickly stepped in and opened their hearts and wallets.

"Adam Spviack from Electric Factory heard about what I had done and he came down with a check for $1,500 as well, and this is what we do in Philadelphia. We help friends out and that is what it is all about," Oilvieri said.

Bucci said his shop will be back open on Saturday.