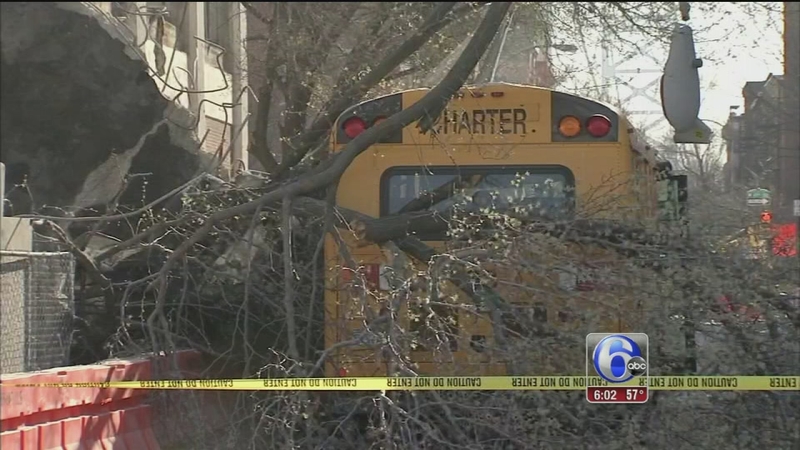 The collapse happened after 9 a.m. Thursday at the site of an old industrial building being demolished at 5th and Race Street.

According to the Department of Licenses and Inspections, they think that a support column gave way. 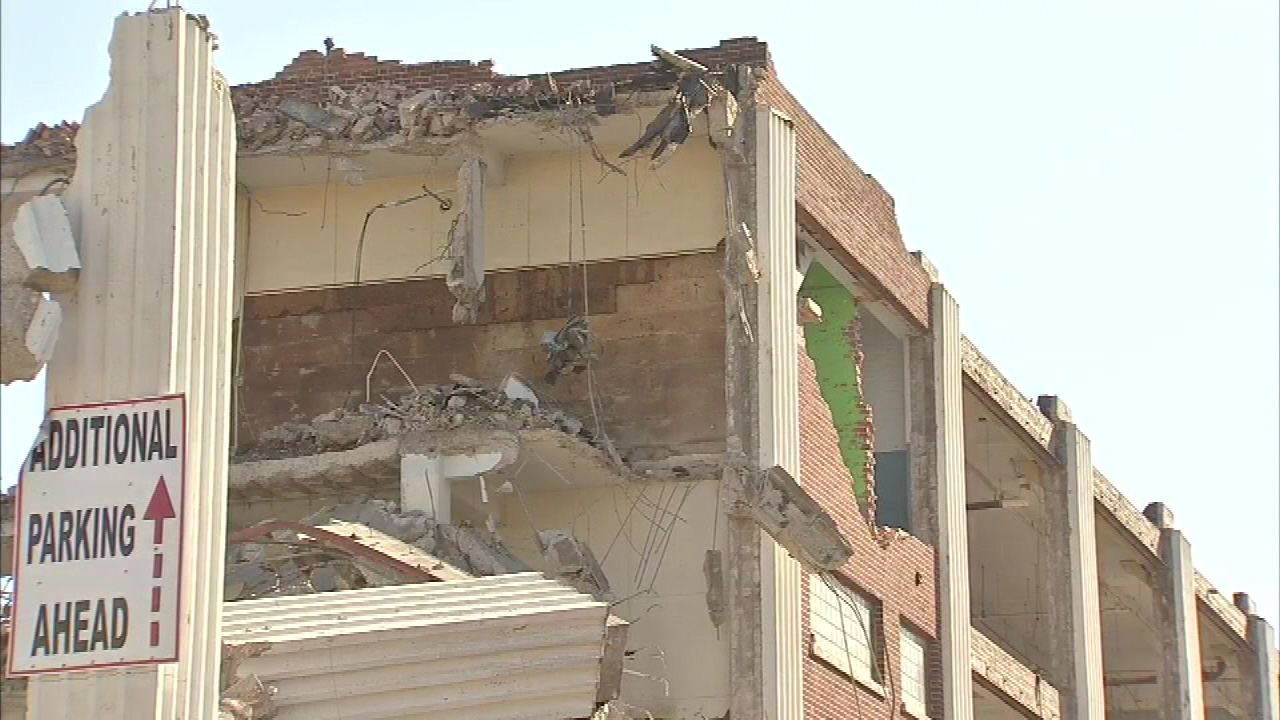 PHOTOS: Debris falls onto school bus in Old City
The Action Cam was on the scene of where debris from a construction site fell onto a school bus at 5th and Race Street in Old City Thursday morning.

City investigators are now trying to figure out why the column failed, allowing an 8x15 foot section of reinforced concrete floor to crash down, hitting a light pole, trees and a school bus.

Bus driver Spencer Reynolds said he had just dropped off a group of 5th graders from Vernfield Elementary in Telford, Montgomery County at the National Constitution Center. Crews had just directed him down Race Street past the demolition site when the collapse happened.

"Traffic was backed up at a red light. I heard the rumbling and saw the dust and that was it, the rest was scrambling," Reynolds said. "Wrong place at the wrong time." 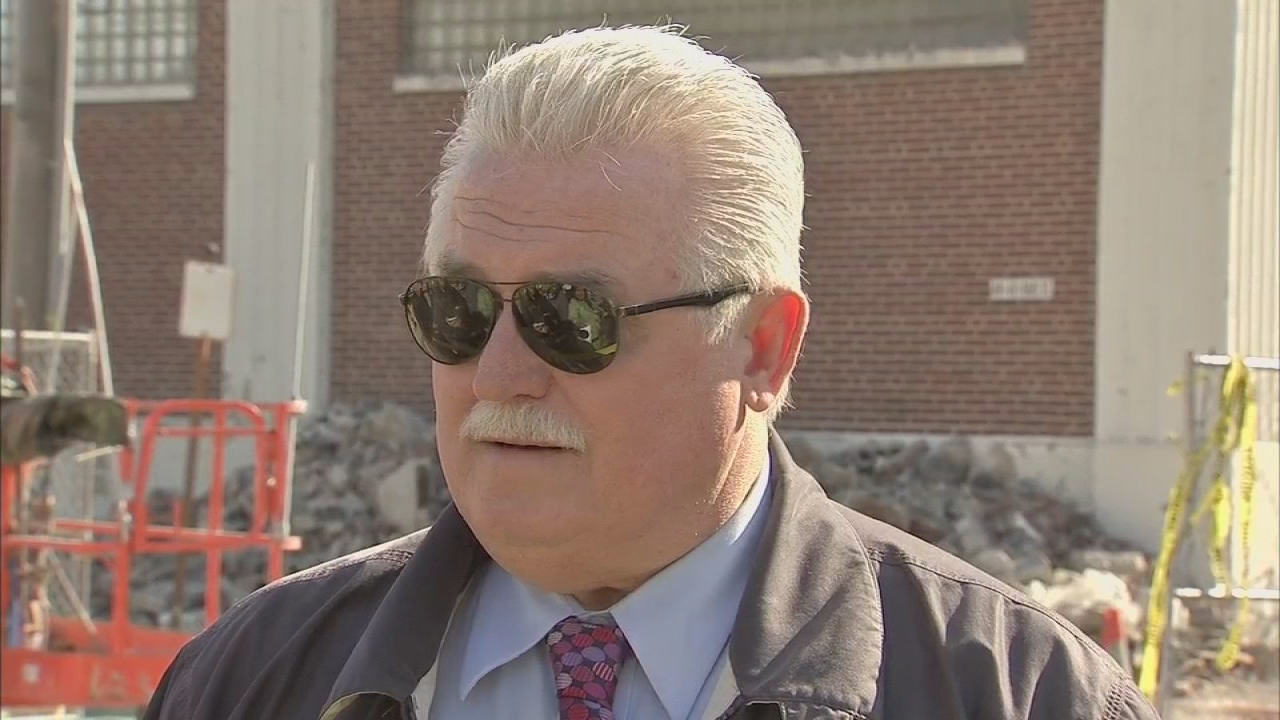 VIDEO: School bus driver speaks
The driver of the school bus damaged in the partial collapse of a Center City building speaks to reporters.

So what went wrong? At this point L&I does not think any of the heavy excavators in use hit anything, triggering the collapse. However, the department is looking at the possibility that prior work might have weakened the structure.

Lawyers who represent the victims from the deadly 2013 demolition collapse on the Salvation Army store on Market Street are urging the city to have tougher demolition standards.

One of the lawyers, Andrew Duffy, questioned the traffic safety plan at Thursday's site where nearby Race Street remained open.

The Action Cam on the scene of a Center City building collapse.

Duffy says, "As to whether or not an unplanned collapse could cause contact with something going by on an open street. That's everyone's concern. And the fact that it was a school bus that went by, that scares everybody, so that heightens the concern."

L&I indicating in the wake of Thursday's collapse that it will review the traffic safety plan for this demolition.

By 3:30 Thursday afternoon the decision was made to reopen the 400 block of Race Street for rush hour traffic.

No final decision has been made about Friday, but it is possible the block could close again when demolition work continues.
Related topics:
center city philadelphiacollapsephilly news
Copyright © 2021 WPVI-TV. All Rights Reserved.
More Videos
From CNN Newsource affiliates
TOP STORIES