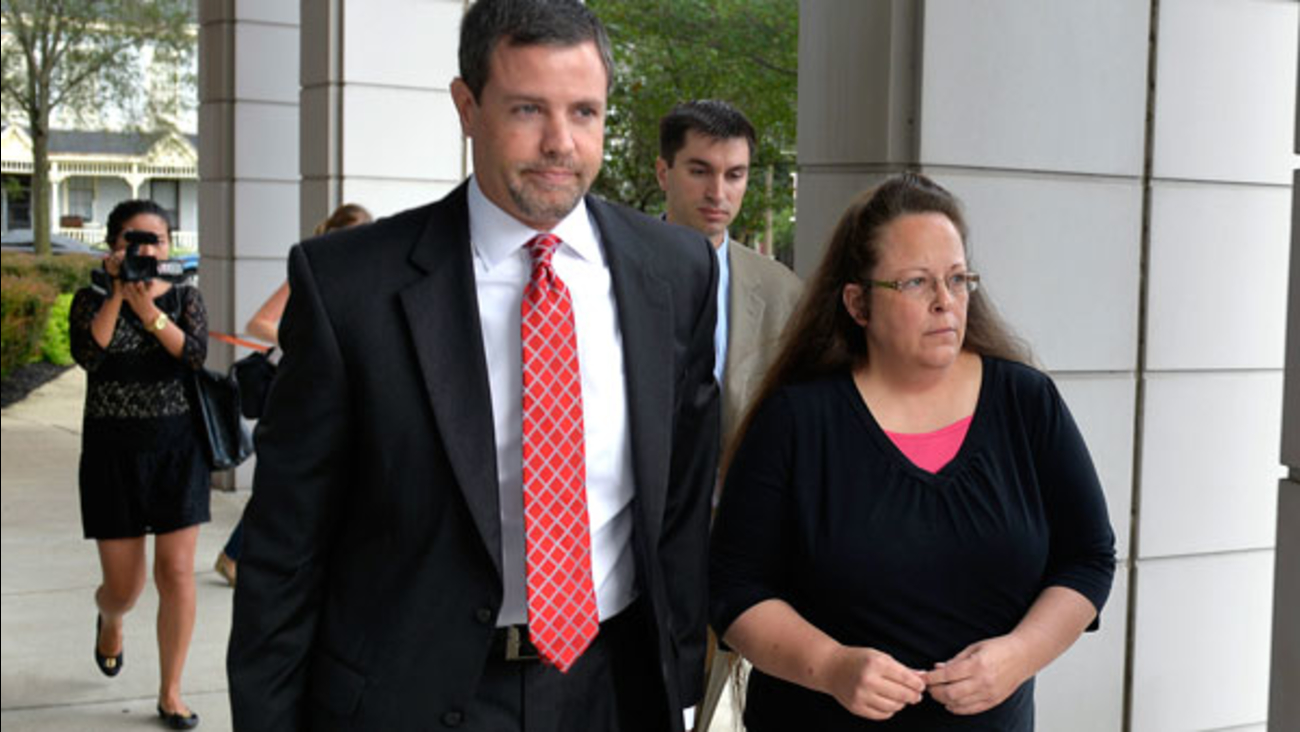 Rowan County Clerk Kim Davis' office turned away David Moore and David Ermold just hours after a U.S. district judge ordered her to do the opposite.

Deputy clerk Nathan Davis says the office was advised by its attorneys with the Christian law firm Liberty Counsel to continue refusing same-sex couples as it appeals the ruling to the Sixth Circuit Court of Appeals.

Five couples sued her, and U.S. District Judge David L. Bunning on Wednesday ordered her to comply with the Supreme Court's ruling.

He wrote that her refusal "likely violated the constitutional rights of her constituents."

Ermold, in a tearful plea, called her actions "cruel" and said they were representative of the continued discrimination faced by gay couples.

In Kentucky, county clerks issue marriage licenses, but someone else must "solemnize" the marriage before the license can be filed with the county clerk. Davis argued that issuing a same-sex marriage license that contains her signature is the same as her approving the marriage, which she said violates her Christian beliefs. But Bunning rejected that argument, saying Davis has likely violated the U.S. Constitution's ban on the government establishing a religion by "openly adopting a policy that promotes her own religious convictions at the expenses of others."

"Davis remains free to practice her Apostolic Christian beliefs. She may continue to attend church twice a week, participate in Bible Study and minister to female inmates at the Rowan County Jail. She is even free to believe that marriage is a union between one man and one woman, as many Americans do," Bunning wrote. "However, her religious convictions cannot excuse her from performing the duties that she took an oath to perform as Rowan County Clerk."

Laura Landenwich, an attorney for the plaintiffs, said the 28-page ruling reveals that the judge painstakingly combed through each of Davis' legal arguments and rejected each one. Bunning said that although couples could get marriage licenses elsewhere, "why should they be required to?" He noted the surrounding counties require 30 minutes or one hour of travel and there are many "in this rural region of the state who simply do not have the physical, financial or practical means to travel."