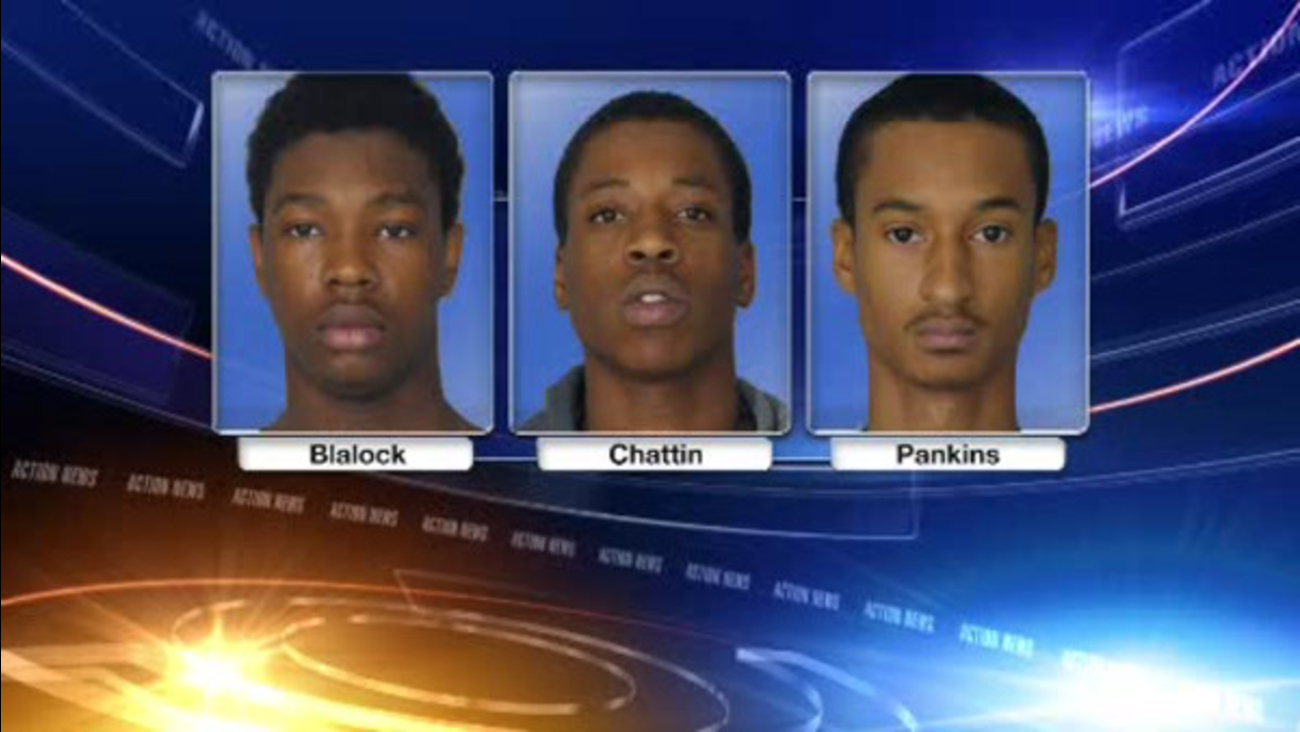 Police in Newark, Delaware, have arrested three robbery suspects who they say were part of a botched robbery in a KFC parking lot that ended with a man getting shot to death.

NEWARK, Delaware (WPVI) -- Delaware police have made three arrests in connection with a drug-related robbery that left a 20-year-old man dead.

Police say the man who was killed -- Marcus Johnson -- went to the KFC parking lot on Marrows Road in Newark on November 13, to rob a person they knew.

Officers say during the attempted robbery Johnson was shot dead, and the three other suspects ran off.

A rifle was recovered at the scene.

Police say they have now arrested those three suspects.

They're all facing robbery charges.

So far, police are looking for several others who fled the scene.

Police have not made an arrest in connection with Johnson's death.