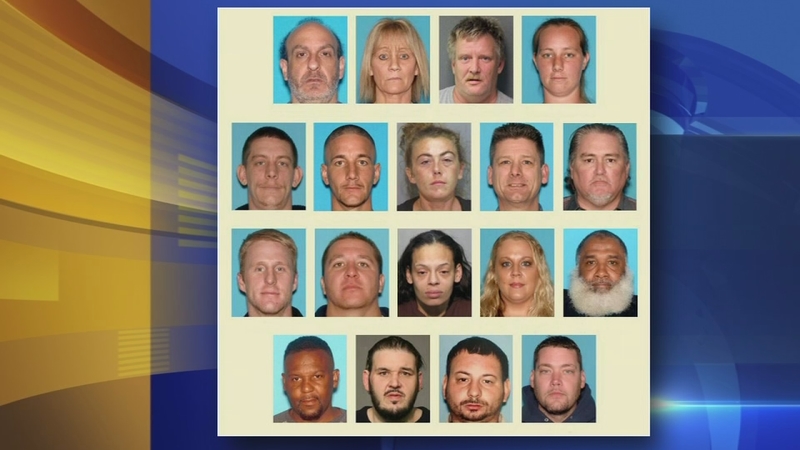 Attorney General Christopher Porrino announced the charges Wednesday against Dr. Craig Gialanella, of North Caldwell, along with 16 people he said were drug dealers in Atlantic County.

He says Gialanella sold the oxycodone and Xanax pills to Mary Connolly, her ex-husband Douglas Patterson and her daughter Lauren Connolly, all of Egg Harbor Township.

It wasn't immediately clear if any of those charged had attorneys to comment.

Two of Connolly's sons were also charged, along with 11 other people that prosecutors say sold the drugs.

Investigators say the investigation started after an Atlantic County pharmacist reported that Patterson and others were using prescriptions from Gialanella, whose office is 100 miles away, to obtain large quantities of the drugs.