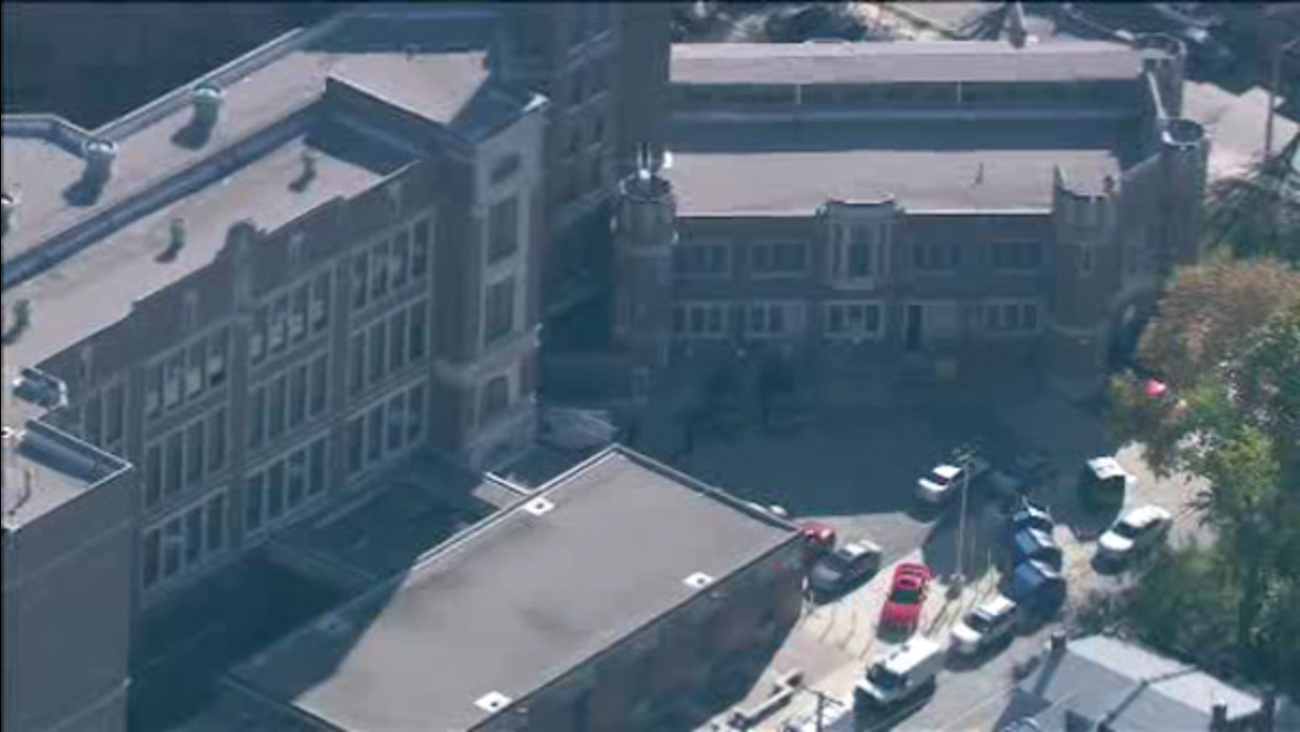 FRANKFORD (WPVI) -- Students have been dismissed early from Frankford High School after the report of a possible threat, police say.

Police tell us that school administrators received an anonymous call Wednesday morning saying there were students in the building armed with guns.

As a result, the school was placed on lock down and police were called to the scene.

The investigation determined the threat to be unfounded.

As a precaution, the students were dismissed around 1:00 p.m. Wednesday.