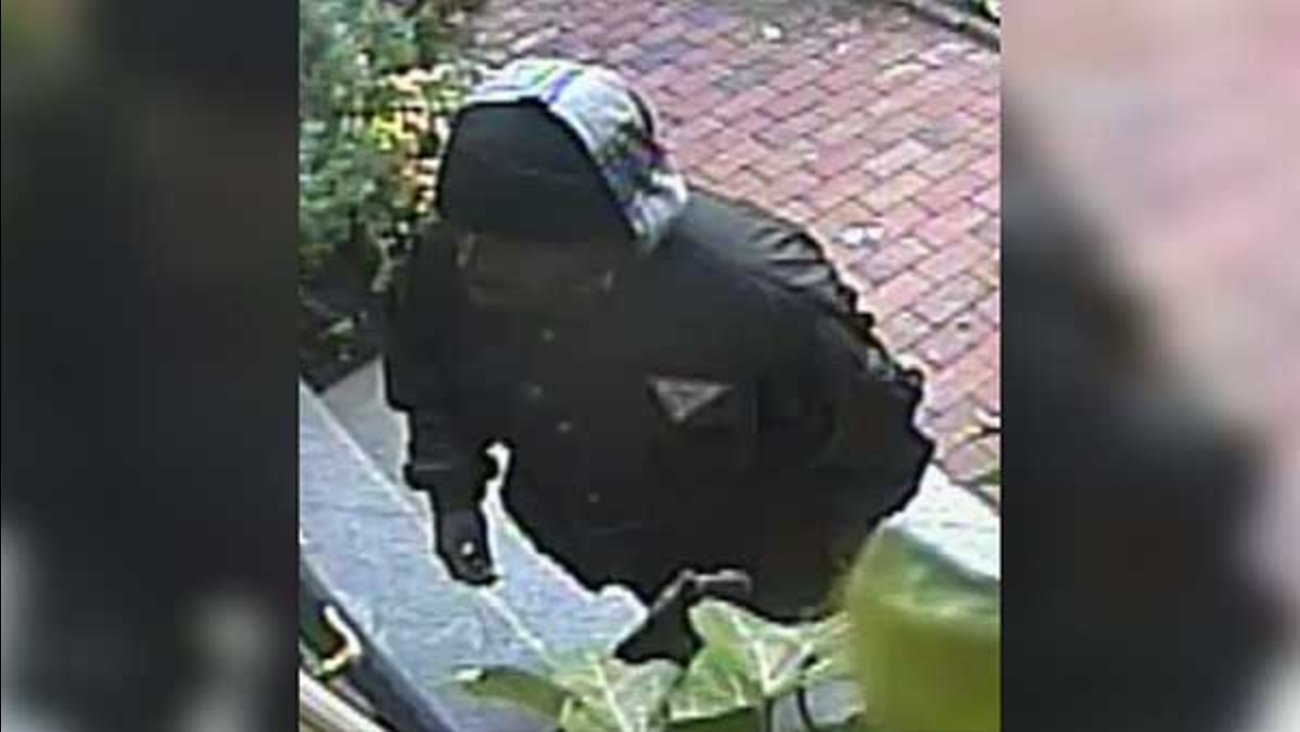 Philadelphia police are searching for a suspect who robbed an elderly man during a home invasion in the city's Society Hill section.

SOCIETY HILL (WPVI) -- Philadelphia police are searching for a suspect who robbed an elderly man during a home invasion in the city's Society Hill section.

The incident happened Sunday at 5:50 p.m. inside a residence on the 200 block of Delancey Street.

Police say the 84-year-old victim spotted the suspect hiding behind a curtain after returning home.

When he confronted the suspect, the robber told the man: "I was told you have guns and a lot of cash."

The suspect took the man's cell phone and wallet and forced him upstairs where he stole $350 from a dresser and $80 from a purse.

The robber then told the victim to show him where the guns are.

After retrieving two shotguns from under a couch, the suspect wrapped them in a blanket and forced the man to take them outside and put them in his vehicle.

However, when the suspect tried to drive away in the man's vehicle, he was unable to shift the transmission.

The robber then fled without the guns and was last seen east on Pine Street towards 2nd Street.

Police describe the suspect as a black male, 40-years-old and 5'9" tall. He was wearing a black length jacket, a black hat, a striped hoodie, black pants and brown boots.