Ex-CIA Head: 'Shame on Us for Being Caught' in Germany 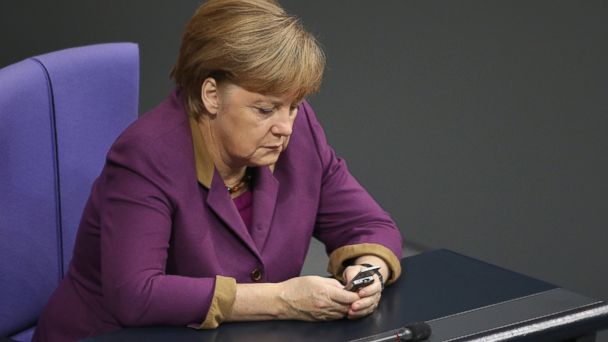 The former head of the CIA and NSA said today he's not at all surprised that the U.S. may have spied on its friends and allies - including recent German allegations that the U.S. purportedly recruited two agents in their national security apparatus - but said it's a delicate game the U.S. can't bungle.

"All nations do this, but if you do it, you want to be successful at it. You want to be good at it," Hayden told ABC News in an interview on "World News With Diane Sawyer." "To do it and be caught is the worst of all possible worlds... If any of this is true, we have embarrassed someone who is unarguably a good friend. That's our fault. We should not put good friends in those kinds of circumstances."

Hayden's comments came just hours after German prosecutors reportedly said that investigators had raided properties in the Berlin area on "initial suspicion of activity for an intelligence agency." German media reported the man in question worked for the defense ministry and that he was supposedly spying for the U.S. The German media also described the case as "more serious" than one from just five days ago when German authorities arrested a 31-year-old member of Germany's intelligence service for allegedly passing along sensitive documents to American agents.

The 31-year-old was arrested on July 4 and the German Foreign Office pulled U.S. ambassador John Emerson in Berlin away from his Independence Day to discuss the matter. Today, Emerson was once again called in to help "clarify" the spying allegations.

Do you have information about this or another story? CLICK HERE to send your tip in to the Investigative Unit.

The CIA, as well as the White House National Security Council, declined to comment on both spy allegations. Flying on Air Force One, White House Press Secretary Josh Earnest declined to "confirm, deny or comment" on "intelligence matters."

"Talks [are] underway to resolve circumstances in recent news reports," Earnest told reporters. "We have a strong working relationship, not just between Obama and Merkel, but between governments."

Before the second case hit the headlines, German Chancellor Angela Merkel told reporters in China Monday that if true, the U.S. actions would "be for [her] a clear contradiction as to what [she] considers to be trusting cooperation between agencies and partners."

Other German politicians today sounded off after news of the second scandal, with Social Democratic Party Secretary General Yasmin Fahimi calling on the U.S. to end "all espionage activities here with immediate effect."

"[The German government has] to demand Washington put all its cards on the table and make it clear that the U.S. can't have any more spies working for them in Germany," Parliament member Han-Christian Strobele said.

Today Hayden, who ran the NSA from 1999-2005 and the CIA from 2006 to 2009, referenced comments he made to the German newspaper Der Spiegel in March in an article titled "Shame on Us" which dealt with revelations that the U.S. had spied on Merkel's personal communications. When Hayden spoke to Der Speigel, the Wall Street Journal had reported the U.S. had actively monitored the communications of 35 world leaders. Hayden said today, it should be "Shame on Us for Being Caught."

"We are good friends with the German people... but American and German interests are not identical. There are places where we differ, and leadership intentions or the intentions of a foreign government are always legitimate intelligence targets. I would suspect that all governments pursue that kind of information."

A former senior CIA official told ABC News that he expected the U.S. to be spying on its allies, but not the way it is accused to have done it, especially in the tense diplomatic climate that has reigned since the leaks by former NSA contractor Edward Snowden.

"I am surprised because normally, [after] you have something like the Snowden affair, you have tension... You usually stand down on operational activity or anything that will heighten the tension... You put everybody on ice," the official said. "When you do spy on an ally, [it's] a serious decision that has to be done thoughtfully and the gains have to outweigh the risks."

"This is not a routine matter. Everybody uses technical [espionage techniques], you scoop up everything you can," the official said, referring to signals interception. "But when you get to human intelligence, it's not a common activity" for allies.

Richard Clarke, former counter-terrorism advisor to the White House and ABC News consultant, said the U.S. has been collecting information on Germany "since it rolled in there with tanks in 1945," but the episode is especially "embarrassing" for the U.S. in the wake of the Snowden disclosures.

"I think every president is embarrassed when at some point in his administration it's revealed that the United States is spying on someone," Clarke said. "[But] there's nothing new going on except Angela Merkel is learning about it for the first time, apparently."