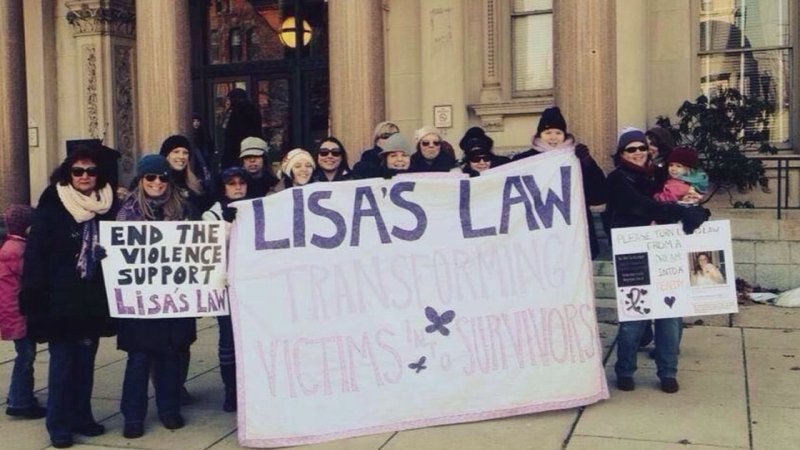 Last December, a Cumberland County mother was murdered in front of her son.

She had a restraining order out against the accused killer.

Critics are now pointing to cases like Tara O'Shea-Watson's as example of how restraining orders fail to protect victims of domestic violence.

"She was afraid that he was going to kill her, and he did," O'Shea-Watson's friend Penny Morey said.

O'Shea-Watson had a restraining order against Jeremiah Monell, but friends say it wasn't enough.

"Run, don't wait for the courts because they are not going to protect you," O'Shea-Watson's childhood friend Jennifer Messeck said.

The family spoke exclusively with Action News, telling the story of their daughter and sister, Carol Ehly, who was stabbed to death in the driveway of her Camden County home on June 3, 2015.

"She would sleep with a pipe in her bed and a knife because she felt if he came up she might have a fighting chance," Kathie Ehly said.

In Carol Ehly's journals she wrote about the increasingly violent abuse she said she suffered at the hands of her then boyfriend, Michael Eitel.

"Her last note on this is, 'All in all, I fear for my life,'" Katie Wright said.

But the family says the courts refused to give Ehly a permanent restraining order against Eitel, even though he had spent time in prison for kidnapping an ex-girlfriend.

"My sister should be here today. If she got the protection that she deserved to have she would be here," Katie Wright said.

Carol's family, and the friends and family of Lisa Zindell of Tom's River, are fighting for the passage of a law they believe will protect abuse victims, called Lisa's Law.

"Now in New Jersey it's easier to get a restraining order. It's easier now to get a piece of paper and you're just going to put that between your two hands and pray that's enough," Tara DeLorme, a friend of Zindell's, said.

DeLorme is the force behind the legislation named after her friend who in 2009 authorities say was killed by her ex-fiancé.

"I think about how absolutely terrifying that had to be," Delorme said.

Zindell's ex was released from jail after violating a restraining order; the next day, she was found beaten and strangled to death in the back of her car.

"More people are going to die the same way and it's not acceptable," DeLorme

Lisa's Law, sponsored by Assemblyman Troy Singleton, would allow for the GPS monitoring of repeat violators of restraining orders. The system would alert both the police and the victim if the perpetrator comes within a defined proximity of the victim or their home.

"Our whole idea is to turn more victims into survivors and that's what we're fighting to do and we're hopeful we get it done," Singleton said.

The law has been passed twice by the New Jersey legislature, but has stalled twice in the hands of the Governor Chris Christie.

"Every minute of delay where someone's life can be hanging in the balance, this should already be a law," Singleton said.

In a statement, Governor Christie said he conditionally vetoed Lisa's Law in 2015 because he did not believe there was adequate technology and resources. And pocket vetoed the bill a second time when it passed again in 2016 saying the technology was limited, and not reliable enough.