Family of woman killed in crash after police chase speaks out 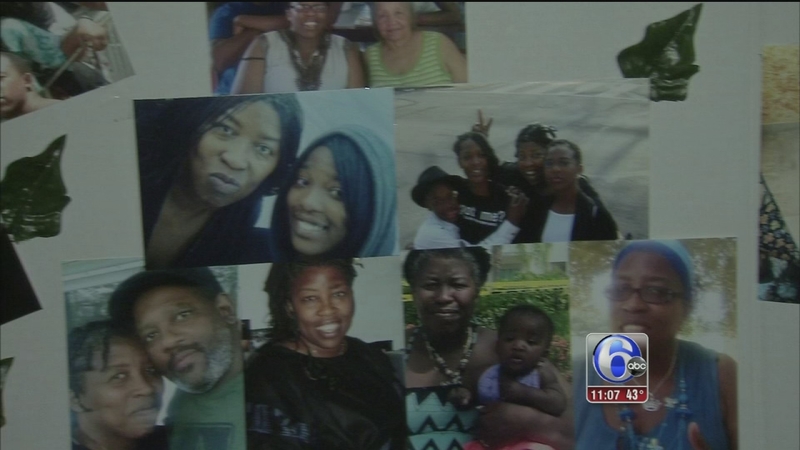 WEST PHILADELPHIA (WPVI) -- The family of a woman killed in a crash that ended a police chase spoke exclusively to Action News Friday night. And they had a lot to say about who she was, and how her life ended so senselessly.

"It don't make sense, I don't understand it. Life goes on, and we're just trying to deal with it," said Ronald Isom, husband.

For Ronald Isom and his family, it has been understandably a lot to deal with. The shocking sudden death of his beloved wife, 55-year-old Carol Isom.

"Funny, just outgoing, always wanting to do something with her crafts, find a way out of no way. That was my mom," said Jessica Isom, daughter.

She and her husband of 34 years were the parents of five kids - all with college degrees as she insisted they all get a good education.

"She's adored and loved by all. She's a sister, a grandmother five times over," said Ronald Isom Jr., son.

And so they all wonder why she died so senselessly.

Family members say she was just going to the store around the corner when she got caught up in the middle of a police chase.

Investigators say police were pursuing suspects in two vehicles that were shooting at each other along Westminster Avenue Wednesday night.

It ended at 52nd and Locust when one of the suspect's car slammed into a Kia being driven by Isom.

Police Commissioner Richard Ross says it appears the officers were justified in their pursuit.

The family declined to speak about the crash with the investigation ongoing.

"We ain't even going to get into this cause we don't have all the facts. We don't know what happen. We ain't going to try to place the blame on nobody until we know what went on," said Ronald Isom.

Carol Isom had worked at the VA Hospital for many years. After being transferred to the facility in Lebanon, Pennsylvania, she recently resigned to be closer to her family.

Her funeral is set for Dec. 10, which would have been her 56th birthday.

"She was a friend. She was this family's heart and soul, and she will be missed," said Ronald Isom Jr., son.

The family is planning a vigil in her memory Saturday afternoon at 5 in the 200 block of South 53rd Street where she lived with her family.
Related topics:
west philadelphiaphiladelphia newscar crashpolice chasecar accident
Copyright © 2021 WPVI-TV. All Rights Reserved.
More Videos
From CNN Newsource affiliates
TOP STORIES