Investigators tell Action News 35-year-old Hakim Rahman had a long criminal history, which may have played a role in Monday's deadly home invasion.


The two intruders startled Rahman and his girlfriend awake. Soon, they were looking down the barrel of a shotgun.

"They demanded money from the male, and when he didn't get the money quick enough they fired off several shots, shooting and killing him and striking his girlfriend," said Capt. James Clark.

Rahman's six children, between 5 and 13 years old, were all inside the home at the time, police said.

The 13-year-old was in the room and watched his father die. However, the teen wasn't injured. The other children heard the shooting but did not see it, police say.

Rahman was shot in the abdomen and pronounced dead at the scene.

Rahman's girlfriend was shot twice. She was rushed to Temple University Hospital in critical condition with wounds to her jaw area, police said.

Sources say Rahman recognized the voice of one of the suspects, and called him by his nickname more than once, and that may have led to the shooting.

Police recovered evidence nearby, including a mask, a shotgun and a sack of shotgun shells.

There are several surveillance cameras in the area, and investigators are hoping footage from those cameras might yield additional clues.
Related topics:
north philadelphiahome invasionphilly newsguns
Copyright © 2020 WPVI-TV. All Rights Reserved.
RELATED 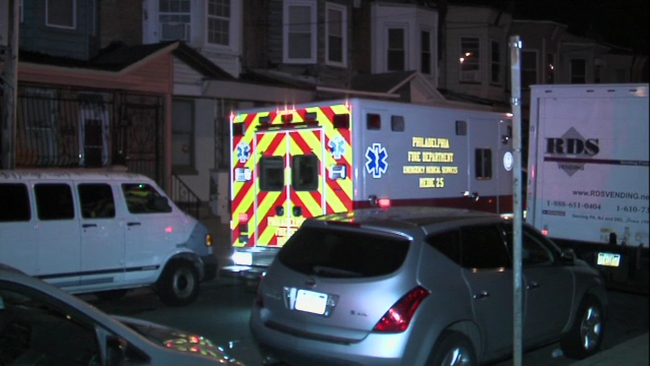